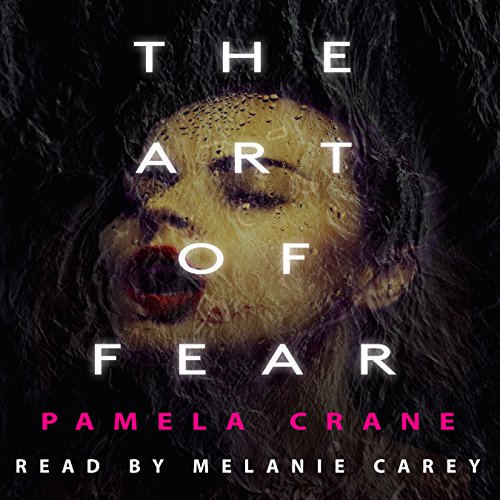 The Art of Fear

A life no girl should endure. A father no daughter could love. A twist no one would predict.

Ari Wilburn's life ended long ago--the day she watched her little sister die in a tragic accident and did nothing to stop it. Crippled with self-blame and resented by her parents, she stumbles through life ... and onto an unexpected clue that casts doubt on whether the death was accidental.

Now a psychological wreck, Ari joins a suicide support group where she meets Tina, a sex-enslaved escapee who finds her long-lost father dead. Suicide, police ruled it. But Tina suspects foul play. As a bond develops between the women in their shared loss, they're dragged into playing a dangerous game with a killer.

Faced with a murderous wake-up call and two possibly linked deaths, Ari's investigation puts her next on the killer's list. But she's never been one to back down from a fight.

Needing closure, Ari must face her demons and the killer behind them ... or lose everything she loves.

What listeners say about The Art of Fear

If you are into Psychological Thrillers, The Art of Fear: Little Things That Kill, Book 1 by Pamela Crane, narrated by Melanie Carey is going to be your new favorite! It is an outstanding audiobook!

Hands down, 100%, Pamela Crame's writing is top-notch...thoroughly engaging!! I was completely enthralled by every word, listening like my life depended on it. I couldn't stop listening, and I couldn't wait to pick up where I left off the second I got out of work. As a result, I am now the proud owner of every book and audiobook she has has out!! I also have pre-ordered the next in this series, set to be released June 2018! I also am a subscriber to her newsletter where I learned that Ms. Crane regularly interacts with her readers and holds drawings and giveaways. So nice! Especially, because she is so busy already...she has a family of six and is a horse rescuer. This woman deserves an award! Not only is she a talented writer, but she also is a caring mother, an animal lover, a positive role-model, and clearly one smart cookie!

The narration is fantastic, and Melanie Carey couldn't be more perfect for this book! It is the first time I have listened to her work, and I am curious what other books she has narrated! Great job...keep it up!

You will not be disappointed with your purchase of this audiobook. I now have a new favorite author and a slew of books to dive into! Thank you, Pamela Crane, and keep up doing what you're doing...it's working!! Without hesitation, I rate The Art of Fear: The Little Things That Kill, Book 1 a well-deserved 5/5 stars.

Thank you so much for reading my review. I hope it was helpful. :-)

'Art of Fear' was a different take on a conspiracy type suspense/thriller that I rather enjoyed. Ari is a young woman who is blamed for the death of her younger sister when they were children. Her memories are foggy but her mother is certain that she is responsible for the tragedy and doesn't let Ari forget it. Enter Tina and Tristan, who Ari meets at her suicide support group. She engages in tumultuous relationships with both and the result is an intriguing and fast paced story of friendship, love, scheming and justice. I would recommend this book to listeners who enjoy the suspense/thriller genre!

I was really excited to listen to this book. I think it had great potential, but fell short in many areas. The main character was hard (for me) to like. She was whiny, and a little immature. The beginning of the book was a little confusing. I had to restart the first few chapters over again. Once the main characters are established, the book takes off. I was actually pretty excited at this point, thinking, "ah, this is going to be great!" then the story slowly sizzled out. The ending is good, though. Lastly, the narrator was almost robotic, it was hard to get used to.

Maybe this just doesn't make for the best audio book. I think it suffices for a quick read during a road trip, long plane ride etc. If you are wanting something that leaves a mark, this won't be it. As far as the ones who say this book is like, "Dexter and Gone Girl had a baby" I honestly don't know how they draw those conclusions.

Maybe I am the unpopular opinion because most seem to rate this much higher than I am, but I think there are much better options out there in the arena of psychology thrillers.

The Art of Fear: Little Things That Kill by Pamela Crane was a fast-paced, entertaining story. Assuming that you've read the book summary, I will say that there may be some triggers for some people, as it does involve human trafficking suicide, etc. Also, as others noted, there is closure, but also a bit of a cliffhanger that takes you into the next book. That being said though, I still felt like this was a complete story. There was both Ari's story and Tina's story intertwined throughout the story, with both of their unique stories intertwining in the end. Things got a little confusing here and there, but it was overall a good, solid listen. I honestly wasn't expecting the ending and who the killer was, though there were plenty of shady characters to choose from. It felt like it came out of left field a bit, though the story was still enjoyable. There was some spunkiness in Ari, which I appreciate, though there were a few corny lines that were a little misplaced.

Melanie Carey's narration was very good. She didn't try to speak in a male tone for the male characters, which, if you can't do mail voices well, is definitely a good thing. That being said, I didn't have a problem differentiating the various characters' voices. She did a good job reading with emotion and using unique voices for each character. She did a good job setting the tone for the entire book, though there were a few parts where the narration was a little choppy, though it was nothing to keep me listening to another one of her performances. I was voluntarily provided this free review copy audiobook by the author, narrator, or publisher for an honest review.

Totally worth that ending!

Whoa! Just, whoa! I did not see that ending coming.

There were a lot of surprises in this listen but the best had to be the 'whodunnits' (plural.). There was a countdown clock 'to dead' that preceded each chapter which kept the anticipation high. Some story lines contain child abuse and sex trafficking so be warned. If your stomach can handle it though, this is a great thriller.

The narration absolutely nailed it! Nailed it!!

The narrator really captured the energy of Crane's characters as well as the impressive storytelling style. They make a good team.Never a dull moment… The action and danger escalates with each turn of the page.”

A puzzle for the thriller lover

I flew through The Art of Fear! It was so easy to listen to as it swapped between characters but it always told you who was talking. Mainly though, we got Ari’s point of view. I really liked Ari. Here we get to count down the days she has left to live… not something she is aware of! Ari is trying to get her life back on track after overcoming suicide. We walk through the life of a person who has survived suicide and wants to help others similar to her. At her suicide group she meets Tina and Tristan.

Tina needs help tracking down her father’s murderer… or she feels he’s been murdered. Now… secrets are reveals and people start to die! There’s so many unanswered questions that Ari starts to search for answers. All while building a quick friendship with Tina. Ari enjoys her budding relationship with Tristan, clad in leather, and keeping his own secrets.

This is my second Pamelia Crane novel and the second one narrated by Melanie Carey… this one is my favorite of the two. The writing was just as perfect as it was in “The Secondhand Life,” it flowed perfectly. I ended too soon for me! I wanted more especially with that chat right at the ending. I was really happy that in this book, Carey gave more emotion to the characters. I felt the humor, the fear, the sexual tension increasing! It makes an audiobook so much better when the narrator seems to get into it. This was a definite success for me! I’d recommend this audiobook to anyone who enjoys thrillers with and connecting pieces bit by bit!

I received a discounted or free copy of this audio book with the hope that I would leave my Unbiased Opinion. I was not required to leave a review, positive or otherwise, and my opinions are just that... my Opinions.

Wow! This is a crazy good psychological thriller that had me on the edge of my seat. Fantastic writing and narration was really well done. Highly recommend!

I was given this free review copy audiobook at my request and have voluntarily left this review. The fact that I was gifted this book had no influence over my opinion of it

This book kept me guessing, enjoying every minute!

Absolutely love this book. I wanted to put it down because I thought I knew and predicted but then something kept me listening and I'm so glad I did. It is a little bit of everything from scary, cheesy, suspenseful, funny, and overall shocking. I honestly recommend this book/ audiobook.

&quot;I received a complimentary copy of this audiobook from the publisher / author but voluntarily give my honest review.&quot;

The art of fear is used today but refined

The reading was a little choppy, ya have to get use to the tempo to get into the story line.