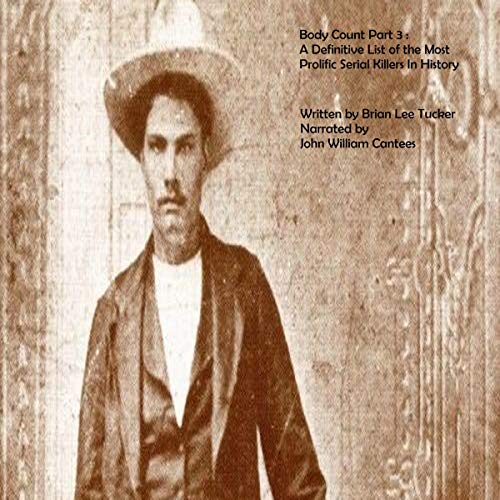 Another terrifying aspect about the men profiled in this book is the fact that they weren't satisfied with killing a few victims and then moving on with their lives, while keeping their terrible secret in tow. They had to continue killing innocent victims - with no desire to stop anytime soon - having acquired a general “taste” for the act of taking innocent lives.

Of course, in the end, it was their uncontrollable blood lust and greed that was their own undoing. But, not before racking up such a huge body count it was almost unbelievable, to even fathom the extent of their crimes.

In Body Count, you will come face-to-face with some of the most vicious, depraved, remorseless serial killers in history - but, I'm quite sure you will want to keep listening until the very bloody bitter end.

Featured in this volume are: