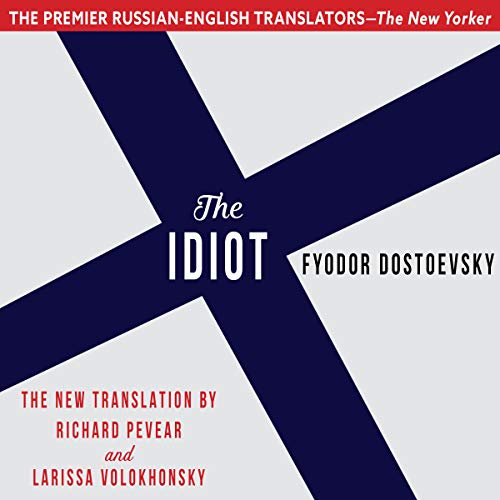 "Pevear and Volokhonsky may be the premier Russian-to-English translators of the era." (The New Yorker)

Richard Pevear and Larissa Volokhonsky’s masterful translation of The Idiot is destined to stand with their versions of Crime and Punishment, The Brothers Karamazov, and Demons as the definitive Dostoevsky in English.

After his great portrayal of a guilty man in Crime and Punishment, Dostoevsky set out in The Idiot to portray a man of pure innocence. The 26-year-old Prince Myshkin, following a stay of several years in a Swiss sanatorium, returns to Russia to collect an inheritance and “be among people.” Even before he reaches home he meets the dark Rogozhin, a rich merchant’s son whose obsession with the beautiful Nastasya Filippovna eventually draws all three of them into a tragic denouement. In Petersburg, the prince finds himself a stranger in a society obsessed with money, power, and manipulation. Scandal escalates to murder as Dostoevsky traces the surprising effect of this “positively beautiful man” on the people around him, leading to a final scene that is one of the most powerful in all of world literature.

This audio edition of The Idiot is masterfully narrated Peter Batchelor.