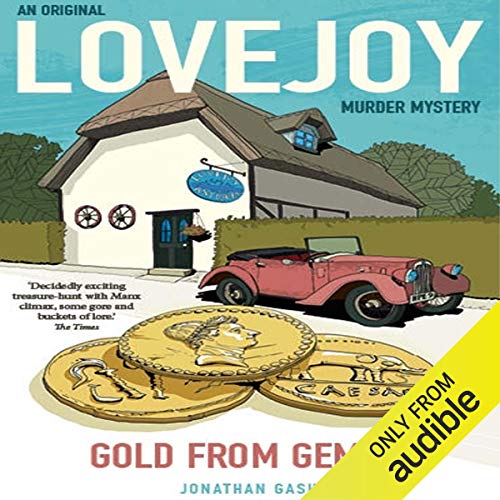 Lovejoy discovers how the lure of gold brings out the worst kind of treasure seeker when, broke as usual and earning a crust as an unlikely babysitter, he stumbles across the diaries of a painter that appear to point to the whereabouts of a fabled hoard of Roman gold coins.

"Splendidly energetic ... Gash gets better and better." ( The Times)

What listeners say about Gold From Gemini

Not my favourite. Too much focus on Lovejoy in the first person and too little character development. A little too funny by half interlaced with a mocking haughtiness.

Overall. I am a fan of the books , their premise , setting , ifestyle and rogues gallery, but this a little too tongue in cheek for me.

"Antiques are Everything ". And Lovejoy is right, modernism is rubbish.
Brilliant book, highly recommended.