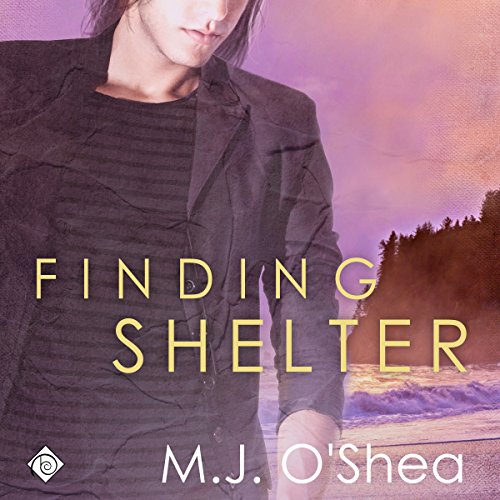 Justin Foster has 19 years of nothing but trouble behind him. After escaping his abusive father, he finds himself in Rock Bay, Washington, with his cousin Travis. Justin is bruised and has a hard time trusting, but with the help of his family and the small town, he might be able to heal.

Logan O'Brien is also new in town, hoping he can finally get away from his past and the memories of the girlfriend who shattered his heart. It doesn't take him long to realize Rock Bay can be more than safe harbor: It can also be home. And for the first time in his life, he finds himself captivated by a man - by Justin.

Justin is attracted to Logan, too, but he's also wary. Physically, Logan reminds him a bit too much of the closeted jerks who used to beat him up after school. But after one awkwardly amazing kiss, he's smitten, despite how his past and insecurities continue to haunt him. Logan's love, faith, and stubbornness are just what Justin needs to believe their love is worth fighting for.

What listeners say about Finding Shelter

I really enjoyed the first book in this series and thought this third one would be just as good. It is a classic hurt/comfort story. Justin is a young man who has been abused most of his life by his father. The abuse was severe, almost killing him at one point. The reason for the abuse is very simplistically stated as homophobia, but the father's action definitely scream more was at play. Logan is the protector, straight guy that develops a crush on Justin. There is A LOT of angst and the MCs don't get together until well pass the midway point of the book. The basic romance is sweet, but I was very disappointed in the resolution of the father issue and some of Justin's actions.

When I read about an abuse victim in books, usually it leads to some type of growth on the characters part by confronting the abuser or overcoming the demons. I didn't really get that in this book. Without giving spoilers, I will just say I was disappointed about this aspect. Also some of Justin's actions bordered on TSTL. The best part about this book was the narrator. He does a fantastic job, as he did in the first book. It was also great to see the entire Rock Bay gang again playing supporting roles.

This is the third book in the Rock Bay series and I've listened to each one on audio. The stories of the men and their friends have each been sweet and written in O'Shea's tender telling. The narrator was a good choice to convey the emotions packed into the stories. I couldn't help but connect with the characters, especially these two men. Logan has been a secondary character since book one, and it was wonderful to see him find his HEA. Justin, though just introduced to us, melded right into the group of friends that I now feel I know - and like.

This book -heck, the entire series- is a good read for the lighter, sweeter summer months.

Such a Sweet Symphony!!!

Would you consider the audio edition of Finding Shelter to be better than the print version?

Audio books are the best!

I loved the deeply felt emotions inside of both Justin and Logan!

I really didn't care too much about Tom Vilots performance in the beginning of this book. But as it progress his performance was awesome!

Most of this book was moving to me. But when Justin finally told Logan what he said at the end, I was extremely moved!

I should have read it

Finding Shelter is another book that I’ve recently re-visited. I read it years ago and remember liking it. So I decided to go back to it for this week’s Flashback Friday review and experience in in audio.

This is the third book in the Rock Bay series, but each book can be read as a standalone as it features a new couple in every book. This one features Justin and Logan. Justin had a rough start on life, living with an abusive father, and one day he’d just had enough and runs away. He finds himself in Rock Bay, being taken in by his cousin Travis who also offered him a job at his café helping out and earn some cash. It’s where he meets Logan and the two are off to a rocky start. Justin is skittish and wary of others, but little by little he comes out of his shell and starts to rely on and trust Logan.

Which is why his attraction to Logan scared him. For one Logan was straight, but he was also his safe place and he did not want to lose it. Logan for his part was drawn to Justin from the start. It was a bit of a surprise, but it never caused any drama. It was refreshing, but it would also have been nice to have some internal struggle at least. It can’t be that easy to change everything you thought you knew. I did like how their relationship was slow-growing and that Justin was given time to land and start feeling safe, to heal. But once they got together it was full throttle all the way.

This is my first experience with Tom Vilot and it will probably be my only one. There were a few too many things that’s not to my personal preference. My first being that he’s a reader rather than a performer. It’s not my preference as I have a harder time connecting to the story. However, a good reader can still do that, but Vilot couldn’t quite get there. There was no infliction to the words and he missed a lot of the punctuations making the sentence structure feel off. At the surface it might seem like small things, but they really affect how the book is perceived. When all you have is the narrator to tell the story those minor things become important.

The narration also shows his inexperience with narrating a book. It lacked consistency. At times he differentiated between dialogue and narrative with small changes in his voice. Other times it was all the same monotone voice. Characters also switched voices and blended together, in the same conversation and it made it hard to follow which character was speaking. I truly believe his intention with this was good, but he couldn’t follow through all the way.

Sadly Finding Shelter didn’t live up to my expectation and personally if I do revisit these guys again it will be by reading their story rather than listening to it.

A copy of this book was generously provided by the publisher in exchange for an honest review for Love Bytes.

Gay? Gay Friendly? Gay for You?

I listened to the audio-book version narrated by Tom Vilot. At the outset I wondered if that media choice had been a mistake. In the initial scenes Vilot sounded surprisingly like an almost adequate text to voice app. He gets better when he's doing dialogue but the straight up prose could use a lot more inflection. This problem seemed to fade as the book went on. I'm not certain if it was because I was more wrapped up in the story, or whether he'd gotten better or maybe I'd even grown accustomed to it. I suspect that it was some combination of all of these.

Nineteen year-old Justin Foster flees his abusive home and the father who treats him like a punching bag because he's too effeminate. Justin seeks temporary shelter with his cousin and his family in Rock Bay Washington. There he encounters Logan O’Brien, a straight but sweet guy who's come to Rock Bay to lick his wounds after being dumped by his fiancee. Logan's best friend growing-up is gay and they even went so far as a non-thrilling experimental kiss a few years back which only further convinced Logan that he was straight. That is... until he met Justin.

This is a story of two guys that are drawn to each other instantly but neither can believe that a romantic relationship is in their cards. After years of abuse Justin has almost no self esteem and can't imagine that a guy that looks so much like those that tormented him in school could be any different. Logan has no problems with gay men, his best friend is gay and many of his friends and co-workers are. Yet openly gay Justin is prickly every time Logan tries to be friendly but there's just something about Justin that make Logan want to keep trying.

This story reminded me a lot of the increasingly popular sexual practice of "edging." "Edging" is where one tries to get one's partner as close to a climax as possible and then to sustain that tension until it becomes a form of exquisite torture. These two guys are so clearly drawn to each other that everyone sees it except them. One problem after another comes in their way and one wonders if they ever will truly get that payoff that we all want. But rest easy. Eventually we get that payoff and it's abundantly clear why the anticipation itself makes the journey worthwhile.


If you're into first times and GFY romances, by all means check out the book,