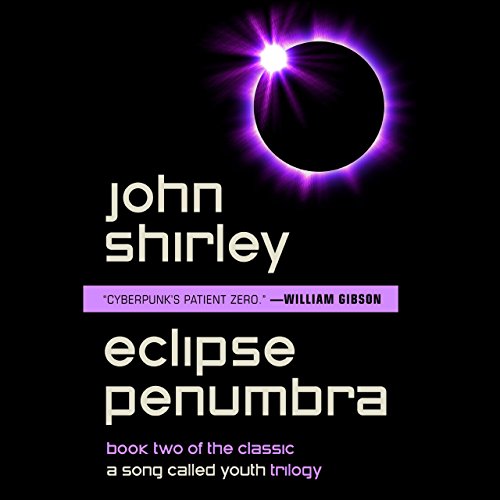 The guerilla war against the Second Alliance and its plans for a European apartheid intensifies in this second volume of John Shirley's A Song Called Youth trilogy. From its beginning, thwarting the Second Alliance has been the first priority of the New Resistance; now the SA has decided it was time to return the favor, Resistance could not be allowed to interfere with the progress of the SA's master plan. Eliminating the rebels will clear the way for Project Total Eclipse, which in turn would stretch the SA’s shadow over every remaining outpost of humanity - selecting scapegoats, directing violence, and creating an immutable new order. And the penumbra of the Eclipse would establish complete SA control over the Grid, the space colony and the survivors of the war…and also to decide the fate of humanity.

What listeners say about Eclipse Penumbra