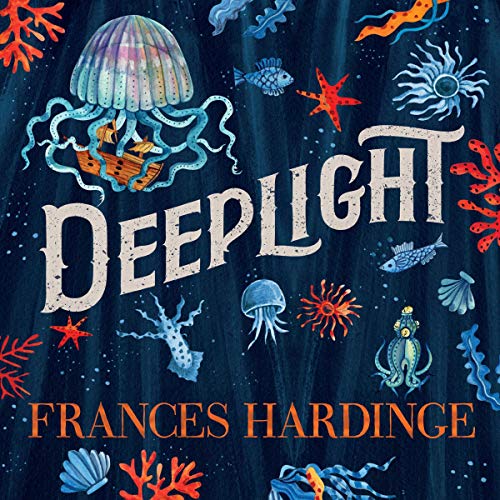 The gods were as real as the coastlines and currents, and as merciless as the winds and whirlpools.

For centuries the gods of the Undersea ruled the islands of the Myriad through awe and terror: they were very real, and very dangerous. Sacrifices were hurled into the waters to appease them, and every boat was painted with pleading eyes to entreat their mercy. They were served, feared and adored.

Then, 30 years ago, the gods rose up in madness and tore each other apart.

The islands have recovered and the people have patched their battered ships and moved on.

On one of these islands live Hark and his best friend Jelt. To them, the gods are nothing but a collection of valuable scraps to be scavenged from the ocean and sold.

But now something is pulsing beneath the waves, calling to someone brave enough to retrieve it.

"One of our finest story tellers," (Sarah Perry, author of The Essex Serpent)

What listeners say about Deeplight

Delve into the under sea and read one of the best Middle Grade fantasy books ever written.

A wonderful and alarming undersea adventure.

This whole audiobook was utterly mesmerising. I was entranced throughout. I would love to hear more. Go listen to this, you won’t be disappointed!