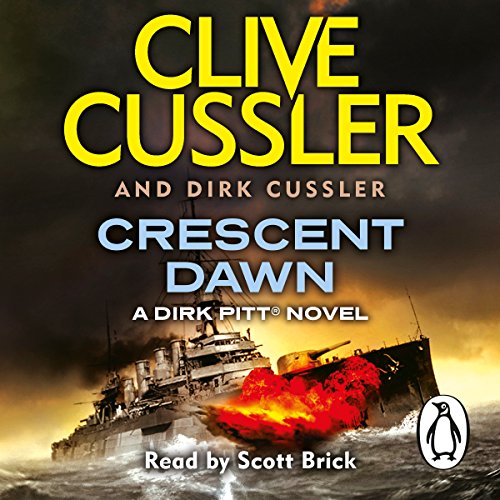 In A.D. 327, a Roman galley with an extraordinary cargo barely escapes a pirate attack. In 1916, a British warship mysteriously explodes in the middle of the North Sea. In the present day, a cluster of important mosques in Turkey and Egypt are wracked by explosions.

What ties them all together?

NUMA director Dirk Pitt and his team are about to find out, as Roman artifacts discovered in Turkey and Israel unnervingly connect to the rise of a fundamentalist movement determined to restore the glory of the Ottoman Empire. From Washington to London to the treacherous shores of the Near East, dangerous men and desperate acts fill their path, and at the end of it, the most dangerous thing of all: the rumoured existence of a mysterious "manifest," lost long ago, which if discovered again... just might change the history of the world as we know it.

Another adventure with the Pitt family

Always nice story,been a fan of Clive since the Titanic book. Another well planned adventure around the globe!

Yet another awesome book by one of the ledgons in story telling cant wait for more.

I read these books as a kid and I came across this one I hadn't read and it reminded me why I like the series so much.

It's not a bad story but does lapse into some pretty juvenile conceits At times. In case either the author or narrator stoop to read these reviews, here are a couple of messages:

Mr Cussler - everyone in England does not speak as though they have just stepped out of a Victorian period drama.

Mr Brick - please try and learn some regional English accents as neither posh with an American twang, nor Bert from Mary Poppins currently feature among them.

Super start that grabs your attention promptly. The action remains strong throughout the book. I really enjoyed it.

Clive Cussler is one of my favourite authors. you know it's going to be a roller coaster story. This book didn't let me down. loved it.

Pitt family at their best!

I thoroughly enjoy the escapism of the Pitt novels. I'm never disappointed with the complex storylines, and am enamoured with the tongue-in-cheek humour. In this audible version Scott Brick is a marvellous story-teller with an immense talent for characterisation. It certainly reduces the boredom of long-haul flights!

Not one of his best

This was a take it or leave it listen, didn't have any problem stopping the story and walking away. Having read the book I could follow the jumps backward and forward in the plot, but it was sometimes hard to follow which Dirk we were talking about.

I always enjoy stories relating to places I've been to, so that was interesting. Some of the descriptions of kit and boats felt a bit like padding.

Did Crescent Dawn inspire you to do anything?

Shan't be buying any more audio from this author, though I'm still a fan of his books