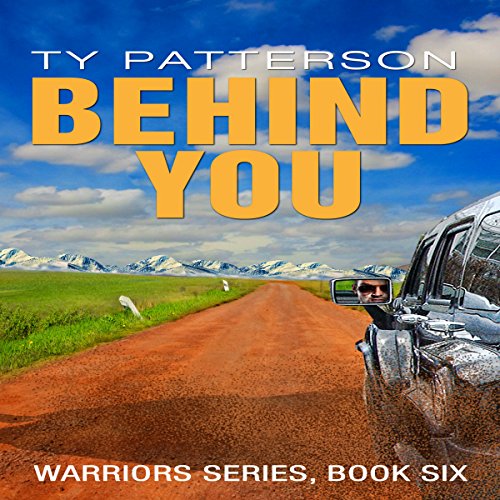 They warned Elena Petrova, a journalist, to drop her story. She didn't. They raped her. She didn't give up. They killed her and buried her body where no man could find it. Unfortunately for them, one man did.

Special Forces operative Zeb Carter is back. This time it's personal.

Zeb Carter discovers the woman's body in a remote part of the country, while on vacation. The body cannot be identified. No one comes forward to claim it. No missing women match it.

He is prepared to leave the investigation to the authorities when he is asked to leave town.

In his business, back off is an order he issues.

He decides to get involved and enters a battlefield where his enemies are ruthless, well-trained, several steps ahead of him, and anonymous. They want him stopped. They want him dead. He doesn't know why.

He has come up against powerful and shadowy enemies before. He has faced down lethal assassins and terrorists. He has worked in hostile territory.

He has never come up against anyone like The Man, that too, in his own country.

What listeners say about Behind You

I read this series out of order after reading the most recent release, Zero. It didn't matter though. Often authors or publishers will compare characters to Vince Flynn's Mitch Rapp but I hadn't found that to be true...until now. Zeb Carter is plagued by inner demons but his patriotism and take no prisoners physical approach (while keeping his code not to hurt innocents) makes for a constant thrill ride with no let down in action from beginning to end.

Now if Audible would put Ty Patterson's first four books in Audible format, I'd be a very happy camper.

A pair of Blue Eyes

It all began when Zeb Carter found a body, that of a recently murdered woman buried in a location usually unvisited by people. Not initially intending to get involved, Carter finds himself drawn into the mystery of who she was and what had led to her torture and brutal death. What is discovered opens up a trail of cat and mouse violence and counter attack. But who, exactly, is the cat in this race to find The Man?
As with all of Ty Patterson's Warrior series, the pace is very fast and furious, the intense action mixed with excellent character building, and is a great story with world wide implications. The detailed amount of technical information in no way intrudes into the ongoing narrative but does give the story a frightening feel of reality. Carter's crew also feature .Although background knowledge from previous books in the series adds to the enjoyment by renewing acquaintanceship with old friends, this is a stand alone story.
Behind You, is well written, a pleasure to read, and this audio of the book is also well narrated by Steve Carlson, whose slightly gravelly voice suits the subject matter perfectly. Highly recommended to all who love action mysteries and thrillers
I was fortunate to receive a copy of this book in exchange for my honest opinion, which I have given above. My thanks to the author.

Ty Patterson had me from the beginning...

Behind You is the first Ty Patterson book I have read/listened to, but it will not be the last. If I could give this audio book 10 stars I would. The book had me from the very beginning, and I could not put it down until I finished it.

The book was narrated by Steve Carlson who did an amazing job and truly brought each of the characters to life. I could just imagine what Zeb Carter looked like as I listened to Carlson narrate the story.

Ty Patterson is an amazing writer. I am a lover of a good mystery, and I also enjoy a book filled with action and suspense. Behind You is filled with all three. The story starts with a woman being killed and buried in a remote area of Wyoming, hopefully where her body won't be found. Enter Zeb Carter, and the action is on.

If you enjoy a great story filled with action and suspense, then I highly recommend Behind You by Ty Patterson. I received an authors free copy in exchange for an honest review.

What a great story! This book has non stop action along with an intriguing plot. Truly a thriller of a story.