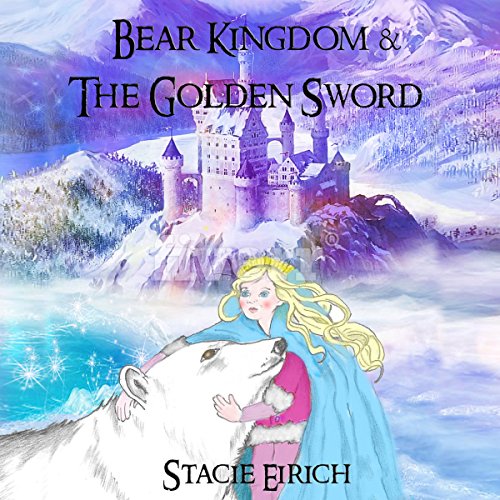 Look to the North Star and she shall bring, safe passage to the Bear King. His castle is enchanted with a powerful spell, atop North Mountain, where everlasting winter dwells.

Twelve-year-old twins Suzie and Jack are on a quest in the arctic land of Bear Kingdom to find the Book of Destiny and rescue tiger Queen Mohini and her cubs. Their journey is not an easy one. Bear Kingdom is a dark and dangerous place filled with ice and snow, haunted by a powerful, evil spell and ruled by fierce bear King Knut.

Suzie and Jack have help from their friends Liam and Elena as well as a cast of magical animals, including beautiful phoenix Phaedra, jolly dragon Thistlefire, and some new, amazing creatures.

Hidden within Bear Kingdom's enchanted forest is the golden sword. Forged with powerful ancient magic, it is one of the magical objects that Suzie, Jack, Liam, and Elena will need in order to fight against the evil spell that has been cast over Bear Castle.

Will they have enough good magic to break the spell? Or will Bear Kingdom be doomed to remain haunted forever?

Bear Kingdom & the Golden Sword, a fantasy for middle-grade readers, is the exciting second adventure in the Dream Chronicles series.

What dangers will Suzie, Jack, and their friends face in the frozen land of Bear Kingdom? What magical friends - or frightening enemies - will they meet there? Will they be able to complete their quest and return home? Join Suzie and Jack on a thrilling arctic journey in Bear Kingdom to find out.

What listeners say about Bear Kingdom & the Golden Sword