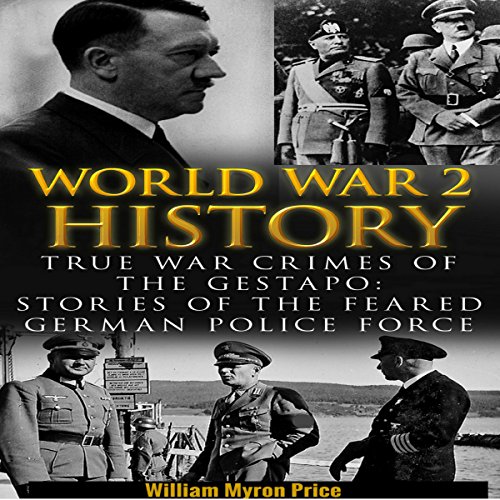 True War Crimes of the Gestapo: Stories of the Feared German Police Force...

The Gestapo were the secret police that Hitler instituted to ferret out spies and other people who did not fall in line with his ideologies; if, for instance, someone was suspected of being of Jewish origin, Hitler would send the Gestapo to round them up, take them into custody, interrogate them - often with violent and painful methods - and then either kill or send them to a concentration camp where they would probably die in any case.

When the Second World War came to an end, the Gestapo was found to be responsible for the deaths of millions of people. At the Nuremberg Trials, where most of the WW2 criminals were put on trial and then punished, the Gestapo was declared to be an official criminal organization and many of their leaders were convicted of a number of war crimes.

In the end, the German secret police force was an organization that struck terror and fear into the hearts of all civilians. What made them so effective was not just their field skills or their ability to complete their mission, but the fact that they enjoyed what they did and truly believed in the skewered Nazi ideology of racism and Anti-Semitism.

We will look at some of the horrific stories of the Gestapo, where they destroyed thousands of innocents and trace the lives of a few individual police offers who are known for their brutality and their cruelty during the war...

Here is a preview of what's inside...