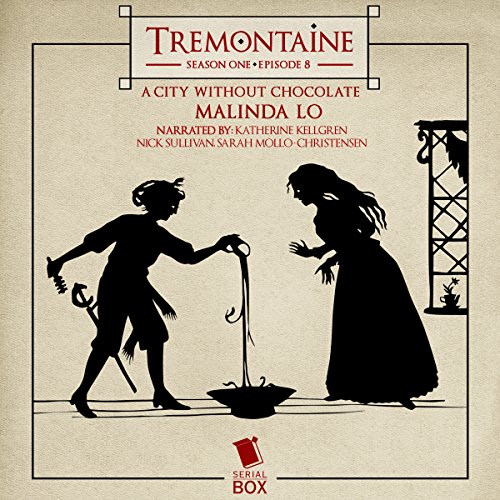 Tremontaine: A City Without Chocolate: Episode 8

A shortage of chocolate sets the city on edge in this bittersweet installment of the web's favorite episodic serial!

Diane's secret arrangement with the Balam family bears fruit as a strategic withholding of chocolate wreaks havoc on the city's social fabric, from the Hill to Riverside. But Kaab has her own private stash, for which she has a special use in mind, involving a certain pretty forger.

Meanwhile, Rafe sits for his exams, with his dreams of starting his own school hanging in the balance. Diane ploys all her wit and wiles upon the Dragon Chancellor. And Reynald brings her disturbing news of Kaab's efforts to solve the mystery of Ben's murder.

This episode is brought to you by Alaya Dawn Johnson, who takes her chocolate with a dusting of chili powder and not so much as a smidgen of cream.

A City Without Chocolate continues the 13-part serial Tremontaine, presented by Serial Box. This prequel to the cult classic Swordspoint is brought to you by the collaborative effort of a team of writers under the creative direction of Ellen Kushner herself.

What listeners say about Tremontaine: A City Without Chocolate: Episode 8