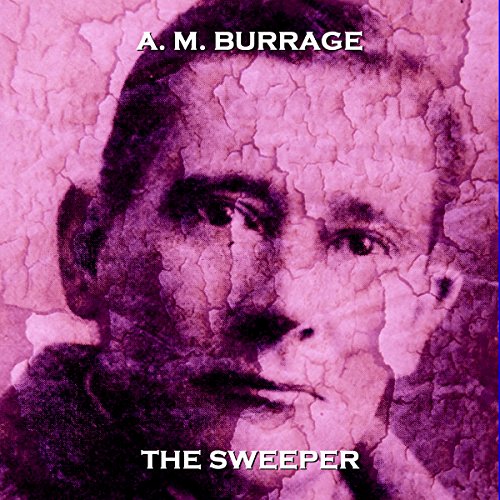 This audiobook is also duplicated in print as an ebook. Same title, same words. Perhaps a different experience but with Amazon’s Whispersync, you can pick up and put down on any device. Start on audio, continue in print, and any which way after that. This, and these are, Miniature Masterpieces. Join us for the journey.

Alfred McLelland Burrage was born in Hillingdon, Middlesex, on July 1, 1889. His father and uncle were both writers, primarily of boy’s fiction, and by age 16, Burrage had joined them. The young man had ambitions to write for the adult market, too. The money was better and so was his writing.

From 1890 to 1914, prior to the mainstream appeal of cinema and radio, the printed word, mainly in magazines, was the foremost mass entertainment. A.M. Burrage quickly became a master of the market, publishing his stories regularly across a number of publications.

By the start of the Great War, Burrage was well-established, but in 1916, he was conscripted to fight on the Western Front. He continued to write during these years, documenting his experiences in the classic book War Is War by Ex-Private X.

For the remainder of his life, Burrage was rarely printed in book form but continued to write and be published on a prodigious scale in magazines and newspapers. In this volume, we concentrate on his supernatural stories which are, by common consent, some of the best ever written. Succinct yet full of character, each reveals a twist and a flavor that is unsettling, sometimes menacing, always disturbing.

What listeners say about The Sweeper