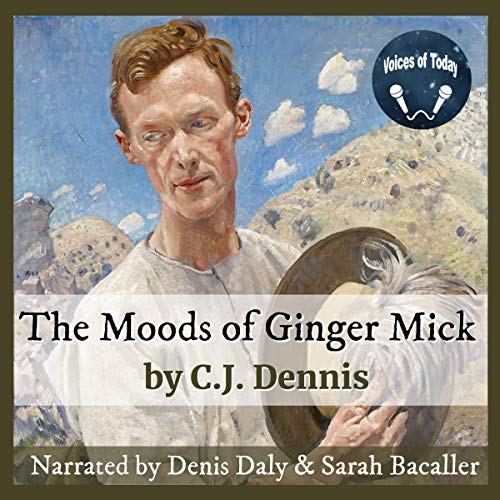 The Moods of Ginger Mick

The Moods of Ginger Mick
By C.J.Dennis

This is is the second of the verse novels by C.J. Dennis and was published in 1916. It describes the adventures of Ginger Mick, a rough and ready associate of Bill, the major character of The Songs of a Sentimental Bloke. After starting life on the criminal fringes of the dubious neighbourhood of Spadger's Lane, Mick signs up for service in the ill-fated Gallipoli campaign, where he dies a hero's death. The poem not only celebrates the jingoistic spirit of the Australian war effort, but also contains sobering reflections about the devastation of armed conflict and the physical and psychological trauma suffered by servicemen.

What listeners say about The Moods of Ginger Mick