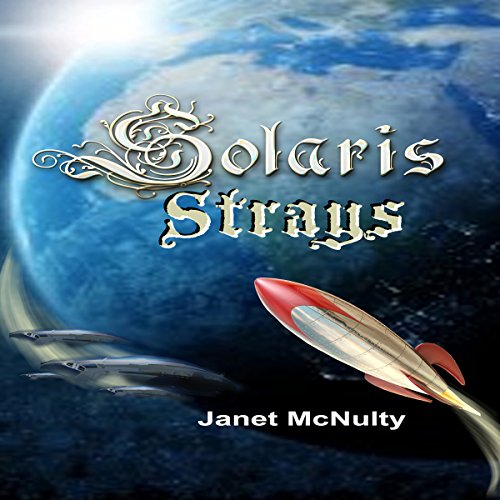 Sometimes your one enemy is yourself.

Left to die on the planet of Sunlil, Rynah and her companions find themselves alongside the one man they had thought was their enemy, Klanor, but who had been betrayed by Stein, a man he once trusted. They must abandon old hatreds and find a way off the volcanic planet before it erupts. Their Salvation comes from an old enemy: the Fragmyr Pirates.

Knowing that Stein has set his sights on Earth, Rynah decides to pursuer him there, but doing so means accepting Klanor's help, a man she had vowed to kill.

But accepting the help of an ardent enemy is the least of Rynah's problems. She discovers a secret, one that even Solaris seems to know nothing about: there is a seventh crystal.

What listeners say about Solaris Strays