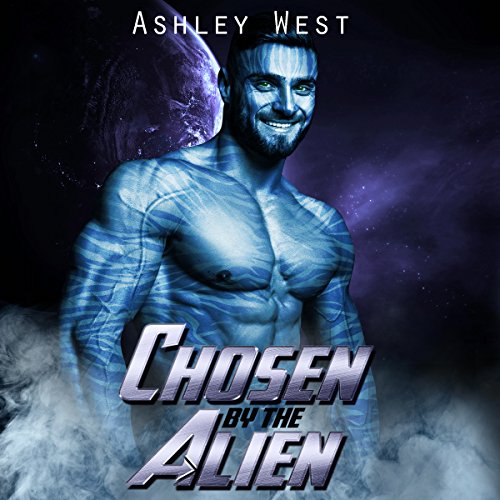 Chosen by the Alien

Atlas has long watched his friends and fellow warriors find their mates. He's heard all about how it's supposedly the most magical thing that can happen, how you feel complete and happy and whole, and he's tried not to be bitter over the fact that he still hasn't found his mate. It hasn't been for lack of trying, either.

With his skill on the battlefield, he's highly sought after by the females of his kind and other kinds as well, but there has never been that spark. When he's chosen to accompany the princess of their people to Earth, he thinks nothing of it. It'll be a good distraction from things that aren't going the way he wants them to, if anything. Certainly he doesn't anticipate any kind of foul plot afoot with consequences that reach far beyond their own kind. He definitely doesn't expect to meet Katlyn Pierce, bartender by night, student by day, with her sharp eyes and sharper tongue.

By the end of his escort duty, Atlas is honestly not sure which is more surprising: that he's fighting his own people to save a planet he barely understands or that he's fairly sure he's found the other half of his soul. But the princess isn't above exploiting his newfound connection, and Atlas just might find himself fighting to save his mate as well as the rest of the world.

What listeners say about Chosen by the Alien


For a story under five hours, it was well thought out and executed. Ashley West opens by providing the foundation for the two main characters, and as the story progresses, each scene smoothly transitions into the next. Once the "back story" for the characters is revealed, we are introduced to what these characters have become. Atlas is one sexy alien "playboy!" The females were attracted to his charisma, and there was never a shortage of them willing to please him. He certainly had the "good" life.

Kat's character was confident, but her past has taught her true love doesn't exist, and there is no such thing as a soul mate. When she meets Atlas for the first time, there's a deep connection between them which she can't deny. After the first encounter, she finds herself thinking of Atlas, and I liked there was "no-nonsense" between them once they came together. There's no chasing, running, or drama, they both knew what they wanted. However, there were forces who wanted to keep these two apart. My only wish was for the story to be a little longer to develop the romance between these two characters, and really get you invested in them.

Chosen by the Alien, is the first story I've heard narrated by Rita Rush, and thought she did a great job! As the story progressed, the narration become more solid, and her performance really brought me into the story. I received this audiobook in exchange for an honest review.

I received this audiobook free for an honest review. I loved this book. It had a little bit of everything you look for in a book. Adventure, suspense, thriller, and romance. Atlas is thinking he will never find his mate, but when he comes to Earth with his Princess, he comes across Katlyn who is, of course, his mate. The story is detailed enough to keep your interest and make you want to continue listening until the end. It was hard to stop listening even when I needed to go to bed. The narrator did a great job of distinguishing the individual characters. Ashley did a great job of creating a memorable story.

Very well written fantasy/Sci-fi alien romance! The story lays a good foundation in the beginning and you get to know and understand why kat & Atlas act and think the way they do.

They come from different worlds and have very different ideas about love and commitment.

There is some suspense, drama, twists, and some action.

The narrator did a good job bringing the story to life. IMO the story needed an epilogue to tie everything up and conclude the story with a bit more information about how things wrap up at the end. Overall a great story.

I am joyed listening to the story it was well written the narrator didn't excellent job I just wish the story was a bit longer so more details can be put in
.. This audiobook was given by the author, narrator, or publisher at no cost in exchange for an unbiased review via Audiobook Boom.”

I Do Love the Blues

This is a well-written, sci-fi, alien, romance, short story. I liked the prologues, the buildup and the characters. I loved Atlas and Kat and how they had good back stories and development before they met. They did feel a hardcore connection on first meeting, but they took the time to fall in love and become a couple. I liked that. I'm fine with a bit of insta-love in a short story, but it was really nice to have more than that in this one. There was some intrigue, and there were factors working against them on both sides. I would have liked a little more wrap up and ease out to the ending or maybe an epilogue, but that just goes to show you that the author did a good job because she left me wanting more. I do hope there are crossovers in these books and maybe a few cameos down the road so we can "visit with old friends." I'd like to know if the princess gets an interesting mate…..

Rita Rush has a good tone, good voice and decent inflection. BUT, pronunciation was distracting. The many times in the prologue when the word "deus" was pronounced "dace" weren't a huge deal. The occasional "Alice" for "Atlas" was tolerable. "Savaging" for "Salvaging" was only a slight flinch. The 500 times "didn't" was "dinnut" and "couldn't" was "cuhnnut," however, got old fast. I tried to just get used to it and even sped up to 1.5, but it was still very distracting and took me out of the story constantly. That is really unfortunate because the book was quite good and deserved a performance that made the writing better, not that took away from it. I get that not everyone is like me, so if that kind of thing doesn't bother you, cool. Even if it does, the overall audiobook experience is still pretty good. Just be warned. I received this audiobook in exchange for an unbiased review.

The narrator had a good voice for men but her female voices (especially the angry tones) sounded like a 12 year old girl in full on tantrum mode. Some of her pronunciation was horrid (ie vehemently became vemutly :::shudder:::)
I’ll likely try another of west’s books but I’ll get ebook not audio as she uses this narrator for all her books lol.

I enjoyed this story.

I enjoyed story moved along well. Would of even enjoyed more story. Narrator was good. Thought it was well done. Action and romance I thought was great. Hope you enjoy.

the power of love can change a hesitant heart.

I am a sucker for sci romances. this story was great. I only wish it was longer so I could enjoy more of it. I look forward to more of this series.

I received this story for an honest review.

This was this first story I've had from this author. It was a cute story. It was almost predictable, but I enjoyed it.

The reader was enjoyable and easy to listen too.

Out of this world love story !!!

Atlas is a huge man from another planet with a romantic heart, who has looked for his mate his entire life. Seeing his friends and fellow warriors find their mates sometimes make him wonder if he will ever find her. Kat is a young woman who tends bar while taking art classes at a nearby college.
Kat doesn't believe in a lasting love or soul mate mainly due to her parents' volatile marriage and subsequent divorce.
A secret trip to Earth by Atlas, the princess of his planet, her clerics and mercenaries prove to have astonishing consequences for them all. Atlas finds his mate, the earth woman Kat, now he just have to convince her that love and soulmates are real. Secret agendas, and the kidnapping of his mate by his princess and her mercenaries, along with an upcoming invasion of monstrous beings from Atlas's home planet lead the couple on a dangerous quest to find true love. I ABSOLUTELY LOVED this audio book. Great storyline and wonderful narration!