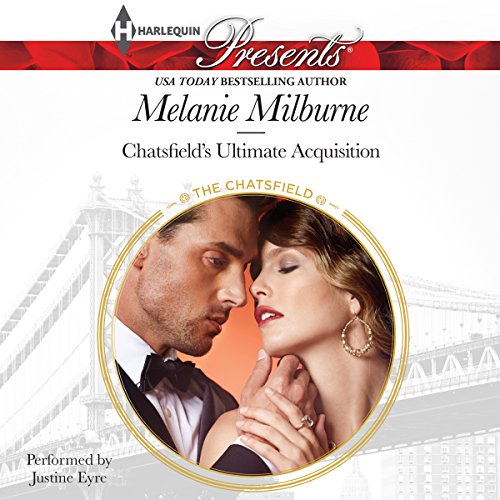 He won't take no for an answer!

Isabelle Harrington is furious when arrogant playboy Spencer Chatsfield becomes her new boss. He's also the man who shattered her heart years ago. The only thing she can't stand more than Spencer is the sizzling chemistry still burning between them!

Months of meticulous planning has led Spencer to this ultimate acquisition. The only thing standing in his way is the delicious Isabelle. He'll just have to seduce her into compliance! Except Isabelle is keeping a secret - one that will raise the stakes higher than ever before.

Welcome to The Chatsfield, New York!

This was very difficult to listen to. I found the narrator’s interpretation to to very annoying