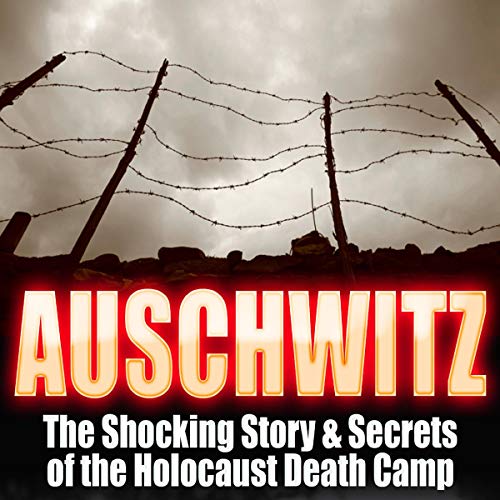 Auschwitz: The Shocking Story & Secrets of the Holocaust Death Camp

Discover the shocking secrets behind Auschwitz, the main holocaust death camp. Auschwitz is well known to everyone as one of the saddest places in history. It is the main work/death camp during World War II in Germany-occupied Poland, and responsible for the deaths of millions of men and women. The living conditions in Auschwitz were unbearable, and people were left there to die or work until death.

This book will explore the accounts of Auschwitz. It will give you an unbiased view of what the camps were all about and the secrets behind them. Join us as we examine the road and journey into and through Auschwitz, Nazi Germany's "final solution to the Jewish question".

What listeners say about Auschwitz: The Shocking Story & Secrets of the Holocaust Death Camp

was brilliantly done.we cannot forget what man is capable of.my heart aches for those people.to see and know your children and family are about to die,is beyond words.