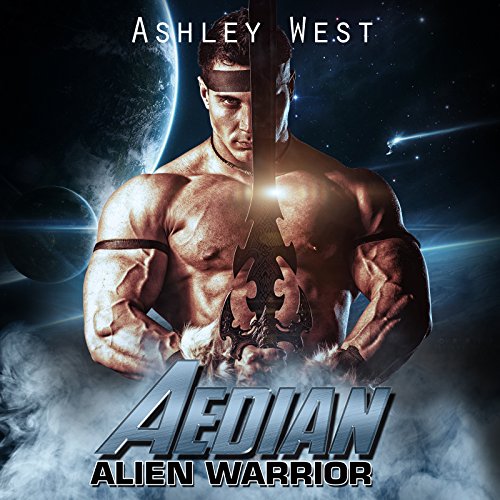 Ten years ago, the Calphesians, a warrior race from far beyond our stars, invaded Earth with the intention to kill everyone they found and take the planet's resources for themselves. In order to prevent the destruction of the human race, a treaty was set, allowing the Calphesians to remain on Earth and use its resources as long as they didn't kill anyone or hurt the people. In addition, they would be able to pick and choose from a selection of human women to marry and have children with, in order to keep their kind from dying out.

Every five years, three women are randomly selected and married off to the strongest warriors of the Calphesians, and this year Roxanne has been chosen. She's angry and bitter about having her life decided for her, and nothing changes when she meets Aedian, her husband-to-be. He's boorish and crude, and treats her like she's insignificant most of the time, and all they do is fight.

But when another race of aliens seeks to destroy the Earth and everyone on it, everyone will have to band together to fight them off, and both Aedian and Roxanne will realize there's more to each other than they'd thought.

OK, ok.. Ashley West doesn't SAY the lead female is "black" But has" dark nutmeg skin" which is desired by the pale skinned giant aliens.. (also bouncy springy curly hair) ENOUGH for me!! I admire that the writer didn't Label the character but, just a short description of each character. The lead female character hates being made to be a prize for the alien and he hates participating in the tready contract between the aliens and earth. The Aliens planet was dying and their females are few and unable to breed. Aliens find out earth females are compatible with their species with their genes overpowering most of the human characteristics. Of course there is a crisis and the humans and aliens have band together for a common good.. Wonderful REFRESHING story. Diverse and exciting. This story INCLUDED lots of types of people & aliens.. Great conflict, snarky comments and yes... sex but, it INCLUDE someone similar to myself... KUDOS, KUDOS.. ASHLEY WEST.. MORE stories..plezzzz!!!!! Narration was.. o.k. slightly soft but, ok..

I liked it, just OK though, this is my first time reading this author. the reader was to monotone for me.

Me West's first full length novel is now an audio book. For those of you not familiar with Ms West's stories they are full of passion and action. The males are alpha and the women they pick can meet the challenge of all that testosterone. Adrian starts out as a chauvinist pig however he quickly learns that human women can handle their own thank you very much. Rita Rush does a respectable narration and keeps the listener entertained . One thing I would caution, if you are like me I have the book playing at a decent volume so I can hear it as I am working around the house. I am renovating my house and all of a sudden the workers stopped working because the book was at a very hot part. I turned it off and all I heard in the other room was ahhh no more hot book! To say I was embarrassed is an understatement! I highly recommend this audio book. I received a copy for an honest and unbiased review.

Really hoping this becomes a series!

You won't be disappointed, the narrator was easy on the ears and the story kept you engaged.

The books is great

Where does Aedian Alien Warrior rank among all the audiobooks you’ve listened to so far?

Would you consider the audio edition of Aedian Alien Warrior to be better than the print version?

What was one of the most memorable moments of Aedian Alien Warrior?

This story flowed really well and this turned out to have some very hot scenes.

What does Rita Rush bring to the story that you wouldn’t experience if you just read the book?

Rita Rush brings the book to life with her narration.

I was pleasantly surprised by this story as it was a bit different from most alien romances. I was hooked from the first chapter and couldn't take out my earbuds off until it was done.

Very disappointing, sounds so interesting when you read the synopsis. However you will soon find it doesnt hold the spark it implies. Not only does the damn creature not speak human language at all, but considering its this great steong brute of a beast, we expect some action and excitement, but instead his descrption falsely gives you an impression of sheer strength.