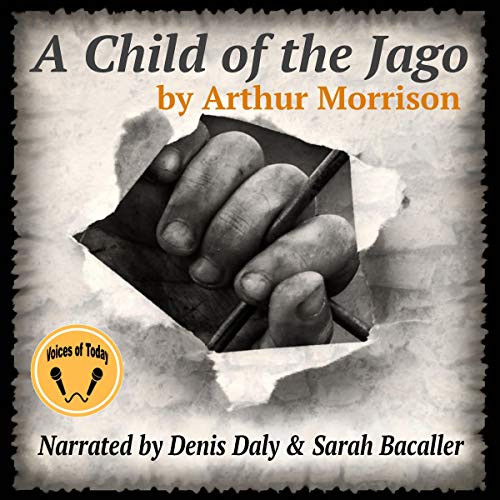 A Child of the Jago

A Child of the Jago by Arthur Morrison.

This grimly picturesque novel by Arthur Morrison was first published in 1897. The central character is Dicky Perrott, an urchin living in the Jago, an extremely squalid district of London's East End. The Jago is based on the Old Nichol slum, which lay at the back of Shoreditch High Street, and which has since been demolished.

The novel describes Dicky's futile attempts to escape from the soul-destroying environment of the Jago, with the support of the Reverend Henry Sturt, who was based on the historical East End crusader, Arthur Osborne Jay, to whom the book is dedicated.

What listeners say about A Child of the Jago

A tale of two narrators/get the other version

I've read this book twice before I got this. The work itself is deep, clever and beautifully written.

The sample of this had Bacaller narrating for good reason and I thought she would be narrating and Daly would fill in. They switch off and there is a disturbing gap of quality between the two.

Bacaller puts feeling, soul and inflection into her narration and dialogue. Daly does good dialogue, but wooden, robotic, monotonous narration that is made all the more unlistenable when compared to Bacaller's fluid, emotional and varied tones.

I would definitely buy the other version, it would be much more consistent and I would not feel tempted to skip/fast forward past Daly's narration.

I've listened to over 30 titles on audibles and this is by far the worst to date.