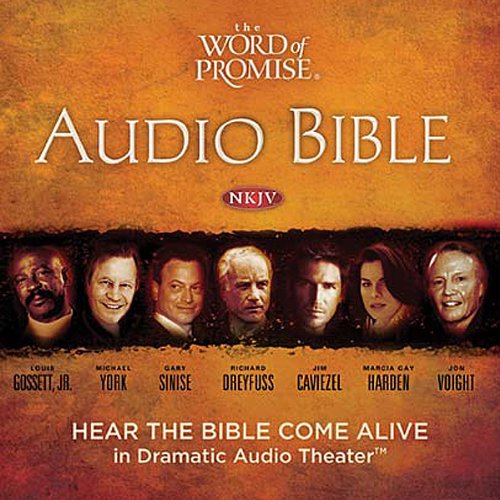 Hear the Bible come alive! This arresting world-class audio production immerses listeners in the dramatic reality of the Scriptures as never before. The Word of Promise New Testament Audio Bible is a 20-hour, star-studded audio Bible production. This multi-voiced, scripted dramatization of the New King James Version (NKJV) is presented in a compelling, dramatic audio-theater format. Complete with an original music score by prolific Italian composer Stefano Mainetti ( Abba Pater) and movie-quality sound effects, woven together with compelling narration by Michael York, the Bible comes to life for a new generation. The post-production, sound design, and Foley (sound effects) were produced, engineered, and mixed at Cerny American Creative in Chicago - an award-winning post-production facility ranked in the Top Three in the nation for sound design.

What listeners say about (25) Mark, The Word of Promise Audio Bible: NKJV

I.have listened to several of these and, as always have been greatly blessed! I highly recommend!

Loved it. I loved the fact that it was a dramatic telling with multiple people