172 titles
See all in Logic & Language 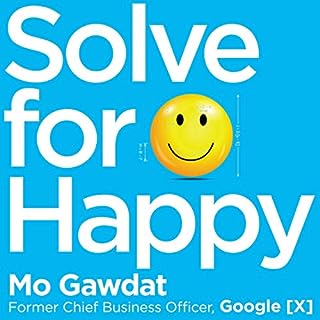 One of Solve for Happy's key premises is that happiness is a default state.... 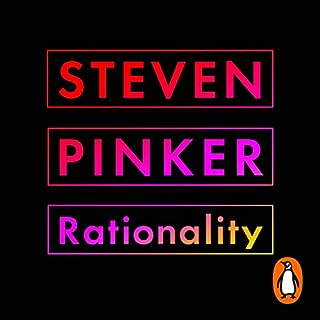 Can reading a book make you more rational? Can it help you understand why there is so much irrationality in the world? These are the goals of Rationality, Steven Pinker's follow-up to Enlightenment Now.... 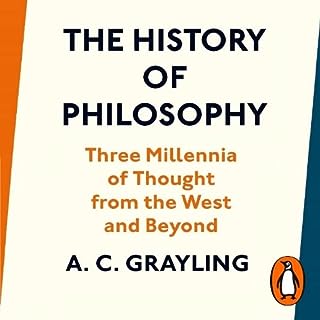 The story of philosophy is an epic tale: an exploration of the ideas, views and teachings of some of the most creative minds known to humanity.... 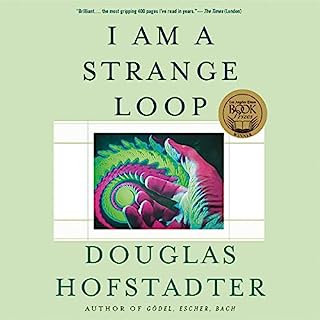 One of Solve for Happy's key premises is that happiness is a default state....

Can reading a book make you more rational? Can it help you understand why there is so much irrationality in the world? These are the goals of Rationality, Steven Pinker's follow-up to Enlightenment Now....

The story of philosophy is an epic tale: an exploration of the ideas, views and teachings of some of the most creative minds known to humanity....

Penguin presents the audiobook edition of A History of the Bible by John Barton, read by Ralph Lister....

In very recent times humanity has learnt a vast amount about the universe, the past and itself. But through our remarkable successes in acquiring knowledge we have learned how much we have yet to learn....

From academic writing to personal and public discourse, the need for good arguments and better ways of arguing is greater than ever before. This timely audio edition of A Rulebook for Arguments sharpens an already-classic text....

Philosophical Investigations explores the concept of meaning, of understanding, of propositions, of logic, of states of consciousness and of many other topics....

Analogy is the core of all thinking. This is the simple but unorthodox premise that Pulitzer Prize-winning author Douglas Hofstadter and French psychologist Emmanuel Sander defend in their new work....

We all know eloquence when we hear it. But what exactly is it? And how might we gain more of it for ourselves? This entertaining and, yes, eloquent audiobook illuminates the power of language....

Daniel Everett, then a Christian missionary, arrived among the Pirahã in 1977 - with his wife and three young children - intending to convert them....

This classic work of political theory and practice offers an account of the modern Machiavellians, a remarkable group who have been influential in Europe and practically unknown in the United States....

In this enlightening audiobook, philosopher Massimo Pigliucci offers a thoughtful and modern reinterpretation of Epictetus' 53 lessons for living a good life....

Thomas Gilovich offers a wise and readable guide to the fallacy of the obvious in everyday life. When can we trust what we believe - that "teams and players have winning streaks", that "flattery works", or that "the more people who agree, the more likely they are to be right"....

Is it right to eat a pig that wants to be eaten...? Thought experiments are short scenarios that pose a moral or philosophical problem in a vivid and concrete way....

The outline on the back of the first edition laid out the ground. This book will appeal not merely to philosophical specialists but to all those who are in any way concerned about the nature and scope of human knowledge....

The power of Tarot goes beyond simple "fortune telling"....

Despite 21st-century fears of an "epidemic" of loneliness, its history has been sorely neglected. A Biography of Loneliness offers a radically new interpretation of loneliness as an emotional language and experience....

Art as Experience evolved from John Dewey's Willam James Lectures, delivered at Harvard University from February to May 1931....

Noam Chomsky is known and admired for being the founder of modern linguistics, one of the founders of the field of cognitive science, and perhaps the most avidly read political theorist and commentator of our time. In these lectures, he presents a lifetime of philosophical reflection....

Though this Word is true evermore, yet men are as unable to understand it when they hear it for the first time as before they have heard it at all....

This book is a crash course in effective reasoning, meant to catapult you into a world where you start to see things how they really are, not how you think they are....

"Philosophy is not a theory," asserted Austro-British philosopher Ludwig Wittgenstein (1889-1951), "but an activity." In this 1921 opus, his only philosophical work published during his lifetime, Wittgenstein defined the object of philosophy as the logical clarification of thoughts....

In How Propaganda Works, Jason Stanley demonstrates that more attention needs to be paid. He examines how propaganda operates subtly, how it undermines democracy - particularly the ideals of democratic deliberation and equality - and how it has damaged democracies of the past....

The ability to recognize logical fallacies when they occur is an essential life skill. Mastering Logical Fallacies is the clearest, boldest, and most systematic guide to dominating the rules and tactics of successful arguments....

Upending centuries of scholarship (including, most recently, Chomsky and Pinker) The Language Game shows how people learn to talk not by acquiring fixed meanings and rules, but by picking up, reusing and recombining countless linguistic fragments in novel ways....

When Moral Politics was first published two decades ago, it redefined how Americans think and talk about politics through the lens of cognitive political psychology....