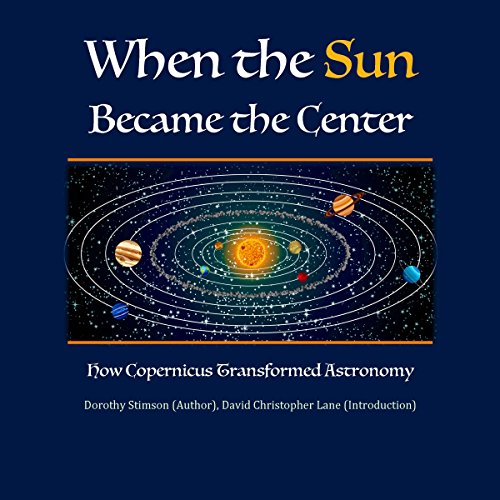 When the Sun Became the Center: How Copernicus Transformed Astronomy

When the Sun Became the Center: How Copernicus Transformed Astronomy

Essentially, most religions believe they already have the revealed truth and thus all future discoveries must, in some sense, comport with that revelation. Otherwise, the very core of such belief systems can be upended. Witness Christianity's reliance on the Bible and Islam's total acceptance of the Koran. Science, in contrast, doesn't hold to such priori dogmas, and thus is a new and open-ended quest for understanding how the universe operates. Because of this it is consistently free to being wrong and hence it is intrinsically progressive.

Where religion remains more or less stagnant (given its already accepted truth claims), science works precisely because it is always changing and adapting to new forms of information that shed a clearer light on previously held maps or paradigms. Therefore it is not at all surprising that institutions like the Roman Catholic Church have a history of severely slowly down (or on occasion squelching) scientists who unearth findings that appear to contradict their core doctrines. While it is certainly true that Galileo was at times his own worst enemy (witness his disparaging characterizations of the Pope, with whom he once had friendly relations), his support of Copernican heliocentrism was regarded as heresy at the time and thus he was banned from preaching such views. Of course, the Church eventually gave up its Earth-centric notions and formally apologized to Galileo's memory 350 years later. It is an intriguing and instructive chapter in the often-tense relationship religion has with science.

I think it is vitally important not to forget these pivotal moments in history since they enlighten us about why it is so important for religion not to interfere with a scientific understanding of the cosmos. Otherwise, we obstruct the greatest pathway for gaining knowledge about how the world really works.