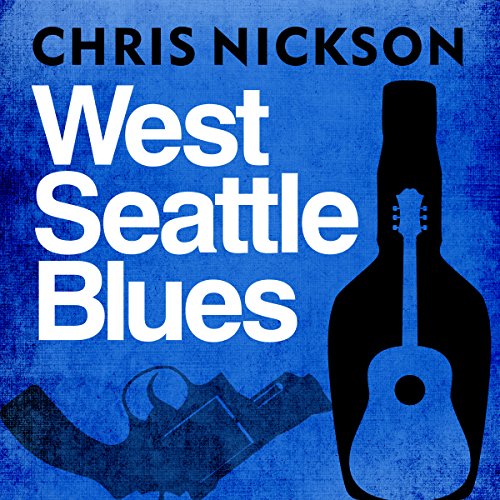 It’s 1994 - and in West Seattle, new mom Laura Benton is busy juggling work as a freelance music journalist with the constant demands of a young baby.

Life is crazy enough, but it takes a darker turn when she interviews Carson Mack, a down-on-his-luck country music star who's looking to make a comeback.

Carson is also desperate to make amends to the family he left behind years before and Laura finds herself sucked into helping him trace his long lost son. It's a search that quickly becomes terrifying - and deadly - as family secrets are uncovered and the threats to Laura and her family grow.

My Review
This is the second Laura Benton Book, the first, Emerald City, set in 1988 introduced us to Laura, a music journalist living the life with her boyfriend who is a struggling musician.
It's now 1994 and Laura is married with a young baby to care for, she is still freelancing as a music journalist but finds it difficult to juggle her work with her responsibilities as a mother. Her husband Dustin is often working away from home leaving Laura to cope on her own.
The book begins with a cold hearted murder, a shooting, but the story really starts when Laura is asked to interview Carson Mack, a faded Country and Western star whose main aim in life now is to track down the son he has never met. He begs Laura to help him, she doesn't want to get involved but he keeps the pressure up until she agrees to just ask a few questions, she swears that she'll do no more than that. Her questioning stirs up trouble for Laura and she determines to leave well alone. Time and again she tells her husband that she has no intention of asking any more questions as she doesn't want to endanger her family or herself.
Well, of course, she does continue, in the meantime, Carson Mack is served up a huge surprise as he prepares for his first performance in years. This is where the tale moves a little faster leading up to an exciting and surprising ending.
I didn't find Laura as interesting as she was pre husband and baby, she's no longer the Rock Chick talking and living music, she doesn't go out and listen to bands, I missed that aspect of her, and I can't understand how she married such a bland sort of chap. There doesn't seem to be much of a spark between them, it's as if Laura has succumbed to domesticity, she is even considering an offer from a music magazine for a permanent job.
If there is a third "Laura" book I think Dustin should be a stay home Daddy, Laura should reclaim her Rock Chick head and talk music which, despite a welcome mention of John Martyn, was a tad lacking in this book.
Still, it's a good read, it has tension and excitement and also a little bit of feel good, there's also a nice surprise at the end, well worth 4 Stars.
Narrator
Narrated by multi award winner Lorelei King, I can never fault her, she just does everything right, all those things that good narrators are expected to do. You know the sort of thing, tone, gender, pace, age and suchlike, of course, there are others with these skills yet few are of the same calibre as Lorelei King. What's the secret of these select few? Don't know, but I do believe that some people are, quite simply, born to be great storytellers.
This audiobook was received from the publisher. This is my honest review