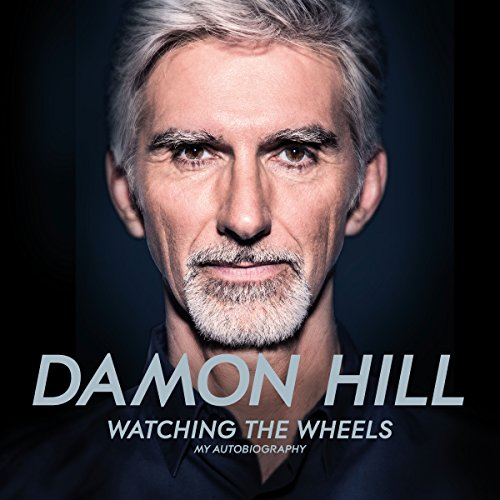 The year 2016 marks the 20th anniversary of Damon Hill's coronation as Formula One world champion. For the first time ever, he tells the story of his journey through the last golden era of the sport, when he took on the greats, including Ayrton Senna and Michael Schumacher, and emerged victorious as world champion in 1996, stepping out of the shadow of his legendary father, Graham Hill.

Away from the grid, Watching the Wheels: My Autobiography is an astonishingly candid account of what it was like to grow up as the son of one of the country's most famous racing drivers. It also tells the unflinching story of dealing with the grief and chaos that followed his father's tragically early death in an aircraft accident in 1975, when Damon was 15 years old.

Formula One drivers have always been aware of their mortality, and the rush that comes with the danger of racing was as intoxicating for Hill as it had been for his father's generation, until he came face-to-face with catastrophe when his teammate, Ayrton Senna, was killed in 1994. Hill was faced with swirling emotions in light of the death of Senna, which was a defining moment for his generation of drivers, and for the first time ever Hill talks candidly about the impact that Senna had on his life, even as he watched his own son step into motor racing.

Courageously honest and hugely rewarding, Watching the Wheels is a return to the last golden era of F1 racing, whose image still burns ferociously for those who love the sport for what it reveals about human skill in the face of or near certain death.

Fantastic book, well worth a listen for any big F1 fan. Narrator sounds like Hill!

Loved it. My new hero. Damon Hill. Great insight to a crazy period of F1

A really good listen about the craziness of F1

I couldn't put it down. Fantastic insight in behind the scenes of of an underrated world champ.

I learned much about Hill's background against his famous & glamorous father's accomplishments, and the punishing trauma for the whole family of his (father's) untimely death.

Owning every inch forward, against quite remarkable odds he moves up in unlikely steps through various formulae to the pinnacle of motor sport, taking chances with minor teams just to get a drive and get paid so that (literally) he could feed his family. In the end it all pays off, but even at that sparkling zenith of success he was questioned and disrespected by his own team, and others.

The drama continued beyond retirement, when demons long suppressed found space to fill his mind with doubt and grief, which he details in the book.

Happily, the book ends with his current good fortune and joyfulness in life, family by his side, as a Formula 1 expert commentator.

It left me highly respecting the man and his immense efforts to get where he got. I highly recommend this book.

Great emotional story with some awesome F1 insights for any racing fans. Thanks Damon ☺

A Champion and a Gentleman

As a fan of Damon's back in the glory days of F1 it was humbling to be allowed to enjoy such a frank honest appraisal of his time in F1. It was fascinating to learn of his struggles in formula 1 within the context of the mental challenges he has been put through. From the years leading up to his father's tragic accident right the way through to his tough (and from the outside, confusing) final year at Jordan, this book is fascinating for its motoring and human insights.

This is a brilliant book.

However 3 hours and 33 minutes left it is interrupted by several retakes of audio. The narrator says sorry a few times before re reading sections. PLEASE look at this before too many people download this book.

Fascinating insight behind the scenes of Damon's career, highly recommended. A must for Formula One fans

Very good insight to Damons life.
the tears laughter and cheers for are F1 Champion.
only problem about chapter 20 Narrator ends the book ....

A really interesting and inspiring insight into Damons life experiences, mind and the world of Formula One. After reading this I respect his achievements even more, a true champion! Damon, thank you for sharing.

Amazing - beyond my expectations

OK, I wouldn't normally read books about people. Books for me are fiction; escaping from reality. However, this book changed my view. The honesty, and intelligence with which it is written is extraordinary. I have. Nothing to say, but please read this!!! (What let's it down however, is the messy editing of the recording; leaving the middle part of the book confusing due to studio error I imagine; as an X broadcaster myself. I'm sure you will never read this Damon, but thank you!

Really pleased I was able to read/listen to this honest and revealing account of the ups and downs of Damon’s life, family and professional endeavours. Made me realise that there are things in my life that need “boxing up and putting away”

Gripping truly inspirational thank you for sharing your life experience with everyone.
I understood your life or I though I did until you put in its full context in the book. Also that not everything in life is as it seams and Dark places are always lurking to try and bring you down thank goodness for the people who love you the most.

take a bow Mr Hill.. Easy to see you wrote your own book.. Thank you for the look into your amazing life..