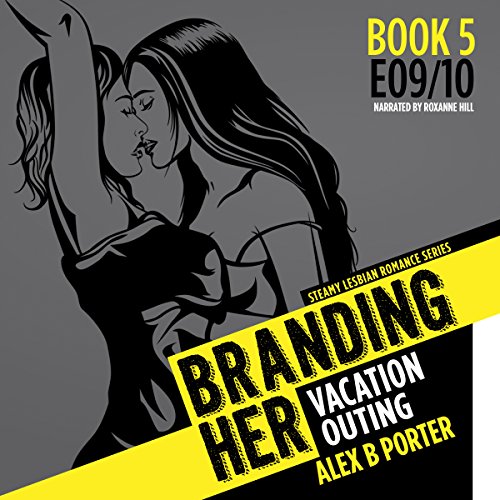 By: Alex B Porter
Narrated by: Roxanne Hill

Everything is smooth sailing...

After struggling through rough waters, Kaylee Daniels emerges victorious. Her relationship with Alexis is stronger and more intimate than ever. She and her son, Ryan, have been enfolded into a loving, accepting family. Work continuous to be challenging yet fulfilling.

But another storm is brewing.

Kaylee and Alexis' love for each other faces criticism from none other than Brad, Alexis' brother, giving rise to disturbing questions from Ryan.

Then a bigger threat surges.

One of her colleagues stopped her in her tracks. "Kaylee, just so you're aware, there are rumors flying around. Someone said you only got the promotion because you're dating Alexis."

"What?" Kaylee snapped in alarm. "Who told you that?" She didn't need to ask, but she wanted to see if the woman would tell her.

"Megan said she found out about you and Alexis," the woman said innocently. "She's been saying other things too though like you and Alex misusing business funds together."

Because she knows she's broken company policy, Kaylee can only expect the worst.

Will she rise from the tides with Alex this time or is it finally the end of the cruise?

Part 5 of the story is all about the couple overcoming those who oppose them being together. In the first episode, Alex and Haylee go on a cruise and have to deal with Alex's religious brother who goes out of his way to tell Haylee's son that his mom is going to hell and is living a sinful lifestyle. In episode two, their relationship at work becomes public knowledge at work and causes a bit of an uproar. These episodes were the hardest episodes to listen to because of all of the oppression the women go through just for loving each other. These were written in a way that was very realistic manner and made for great additions to the story. I wanted Alex's brother at some point to see how wrong he was treating his own sister, but the end result is much truer to life. The narration is solid by Roxanne Hill and her voices of the characters add life to an already wonderful story.

I was provided with a free copy of this audiobook in exchange for a fair and unbiased review.

much more drama than some of the previous episodes coupled with blistering hot sex. more please!

Twists and turns that are exciting, intriguing, and spellbinding. Two strong women, playing into loves hands while learning to trust each other unconditionally.
absolutely loved it!!