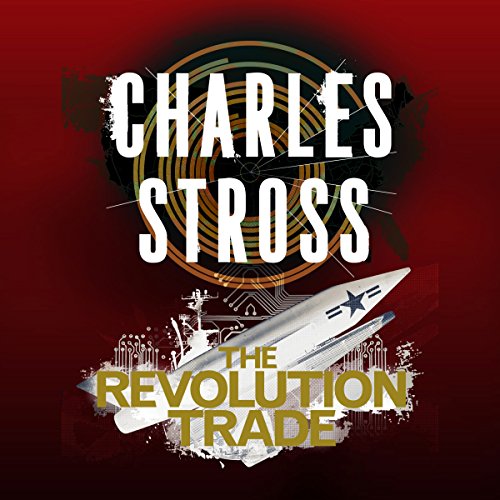 The Revolution Trade by Charles Stross includes The Revolution Business and The Trade of Queens - the final two instalments of the spellbinding The Merchant Princes series combined in one volume.

For one ex-journalist, the nightmare has just begun....

Miriam Beckstein has said good-bye to her comfort zone. The transition from journalist to captive in an alternative time line was challenging, to say the least. As was discovering her long-lost family, the Clan, were world-skipping assassins. Now civil war rages in her adopted home, she's pregnant with the heir to their throne and a splinter group want her on their side of a desperate power struggle. But as a leader or figurehead?

Meanwhile, unknown to the Clan, the US government is on to them and preparing to exploit this knowledge. But it hadn't foreseen a dissident Clan faction carrying nuclear devices between worlds - with the US President in their sights. The War on Terror is about to go transdimensional. But Mike Fleming, CIA agent, knows the most terrifying secret of all: his government's true intentions.

Preceding The Revolution Trade are two previous omnibus volumes, The Bloodline Feud and The Traders' War.

What listeners say about The Revolution Trade

a return to form

the previous book was a little hard going, but this one is a rollicking good yarn

excellent on all fronts..a magisterial tale-telling from a capacious , lively mind ; exemplifying the contradictions of the Human Condition