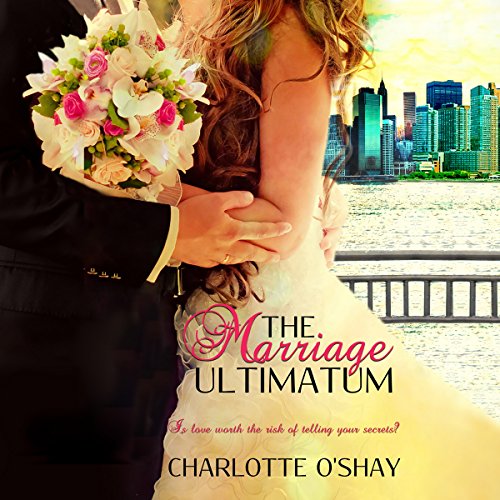 Juggling work, college, and the care of her young son, Alex, was never Sabrina's plan. But Sabrina's dreams are bigger than any curve ball life can throw at her. Her top priority is keeping her small family together, no matter the cost.

Vladimir Grigory doesn't believe in dreams. He earned his position at the top of New York's corporate ladder with his own sweat. His empire is his baby, and he'll destroy anyone who threatens it. Even the sexy employee who challenges him on every level.

When the New York tabloids, and the world, call him the baby daddy of Sabrina's son, Vlad believes Sabrina is part of a plot to expose the secrets of his past. He threatens to destroy her future. But since Sabrina has secrets of her own, she has no choice but to agree to Vlad's marriage ultimatum.

What listeners say about The Marriage Ultimatum

Would you consider the audio edition of The Marriage Ultimatum to be better than the print version?

Only listened to the audio version because I love Erin Mallon and I am so glad I did. This book has plot twists that make it interesting with a different story line from other romance novels. This was a good read.

What does Erin Mallon bring to the story that you wouldn’t experience if you just read the book?

Erin Mallon uses her voices to bring you right in with the story. She is very talented and I look for books where she is the sole narrator. She does a great job with men's voices as well. She is a favorite of mine.

This was a perfect escapism book. If you want to get away for 6 hours this is the book for you. I like the romance genre where it's a pure listen and this did it for me.

I enjoyed the book I just wish it had a better ending .... maybe next time

I powered through, but the story was underdeveloped and the end rushed. Also, don’t know how folks like Erin Mellin’s narration. Persoally, my ear bleeds listening to her emotionless readings.. this is a LAST RESORT kind of book selection.

Good story overall but it's as if the author either got tired or realised they were almost at the word limit and wrapped it up really quickly in the last few minutes, made it anti-climactic, could have at least thrown in an epilogue! Also would have been nice for Sabrina to have a little more resolve, geez woman!

I literally listen to a book every two days and rarely write a comment, but this story was superlative so warranted the review! 👏🏻👏🏻👏🏻👏🏻👏🏻👏🏻👏🏻

A Great Story line. Great build up. Just to be left with a rushed ending.

An interesting twist on the Cinderella story. Good dialogue, good narration, but way too much repetitive inner dialogue.

Are you for real

Do I loved this story. I was laughing and crying. Then the last twenty minutes pissed me off. The ending was cute but it felt so rushed and it was information overload. Other than that the narration was and story great.

Really enjoyed this book! It drops you right into and is fast paced. I really like the twists in this arranged marriage book. Highly recommend and the narration is as always amazing!!

Very much a formulaic romance with a fairly vapid relationship based on physicality rather than emotions. Fine for listening while you work.