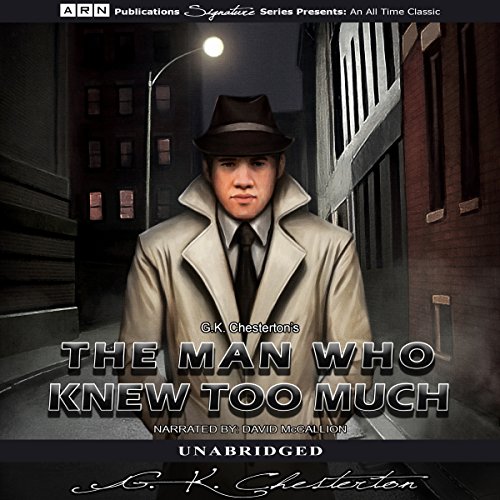 The Man Who Knew Too Much

The Man Who Knew Too Much by G.K. Chesterton is a collection of eight mystery stories written in 1922. The stories revolve around the same character, Horne Fisher, who uncovers mysteries that he can't bring to the public eye. In the first story, The Face in the Target, Fisher and two other men come across a dead man at a park. The dead man is a political figure, and Fisher realizes that uncovering the truth could lead to political trouble for the city. Although Fisher usually finds out who has killed the victim, the different circumstances regarding the murders in each of the eight stories usually prevent him from taking further action. Thus, the name of the book, The Man Who Knew Too Much, is in reference to Fisher, who knows everything but can't reveal it without consequences.

Fisher is joined for much of the book by Harold March, who he meets at the beginning of The Face in the Target. A political journalist who never fails to be amazed by his companion's brilliant criminal deductions. In the last story, March joins Fisher in a mission which Fisher feels it's his moment of destiny, and we find out if The Man Who Knew Too Much can redeem himself for his previous failings.

What listeners say about The Man Who Knew Too Much