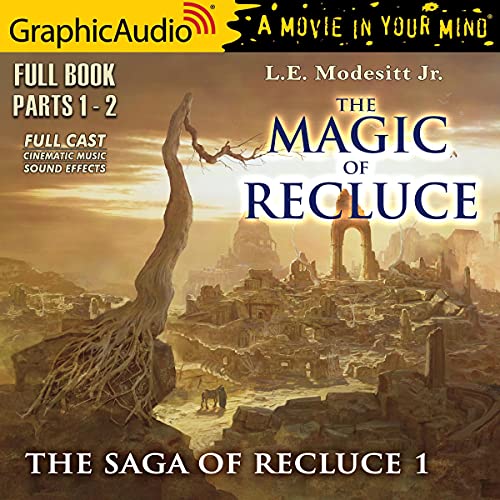 The Magic of Recluce [Dramatized Adaptation]

L.E. Modesitt Jr.'s The Magic of Recluce begins his best-selling fantasy series the Saga of Recluce, which is one of the most popular in contemporary epic fantasy.

Young Lerris yearns to find a place in the world better suited to his skills and temperament. In Recluce, this means taking one of two options: permanent exile from Recluce or the dangergeld, a complex, rule-laden wanderjahr in the lands beyond. Many do not survive.

Lerris will need magic in the lands beyond, where the power of the Chaos Wizards reigns unchecked, and he must learn to use his powers in an orderly way before his wanderjahr, or fall prey to Chaos.

What listeners say about The Magic of Recluce [Dramatized Adaptation]