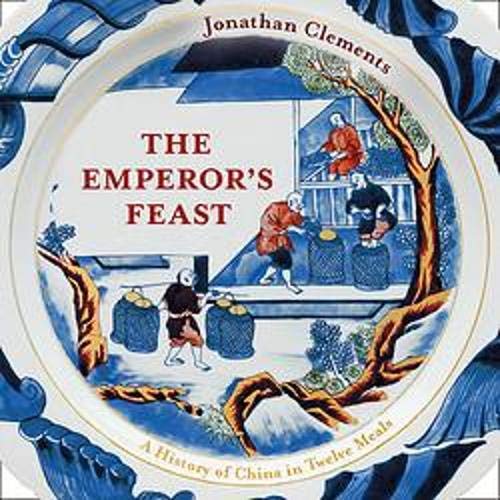 The journey of Chinese food over 5,000 years of history - and the story it tells us about the land and its people.

From the humble takeaway in the middle of a tiny English village to the embarrassment of riches offered in a big-city Chinatown, Chinese food is everywhere to be found. But the meals on offer merely scratch the surface of a rich and dizzyingly varied culinary tradition, spread across 5,000 years of history and over the more than 30 provinces and regions that constitute modern China - not to mention the Chinese diaspora communities all across the world.

In The Emperor's Feast, author and TV presenter Dr Jonathan Clements invites us into the history of Chinese food, starting with the earliest grain stews and the rudimentary chopsticks of the Bronze Age and taking us through the development of dining etiquette under Confucius, the popularisation of rice and the dawn of the dumpling in the fourth century. We see how Chinese cuisine morphed and adapted to the eating habits of invaders such as the Mongols and the Manchus, and how food - like the heady, fiery cuisine of Sichuan or the hardy wheat-based dishes of the north - often became a stand-in for Chinese regional and national identities. Dr Clements then traces the journey of Chinese food to our modern Chinatowns and takeaways, from the tumultuous early days of the 19th century to the profound impact of the rapid industrialisation and globalisation of post-Mao China on the national diet.

As we enter the 21st century with food scandals and a Guinness World Record attempt involving fried rice, The Emperor's Feast shows us that the story of Chinese food is inextricably entwined with the story of China: not only the one that history tells us, but also the one that China tells about itself.

What listeners say about The Emperor's Feast

The author's narration is remarkably superb and spot on. It is obvious that this is a life work born out of true passion. I really enjoyed listening to the audiobook.