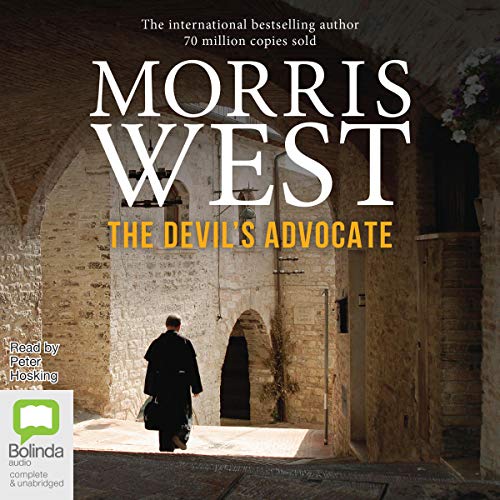 The book that propelled Morris West to international fame, The Devil's Advocate, is a moving exploration of the meaning of faith and a vivid portrayal of life in impoverished postwar Calabria.

In an impoverished village in southern Italy, the enigmatic life and mysterious death of Giacomo Nerone has inspired talk of sainthood.

Father Blaise Meredith, a dying English priest, is sent by the Vatican to investigate. As he tries to untangle the web of facts, rumours, and outright lies that surround Nerone, we are reminded how the power of goodness ultimately prevails over despair.

The Devil's Advocate was awarded the James Tait Black Memorial Prize and the W. H. Heinemann Award of the Royal Society of Literature, and it was made into a film. It sold three million copies in its first two years and remains one of Morris West's most popular novels.

What listeners say about The Devil's Advocate

a way to life

this book is a catholic novel. it deepened my faith as i could see the truth in it. thank you to the battle for nomality for bringing me here.