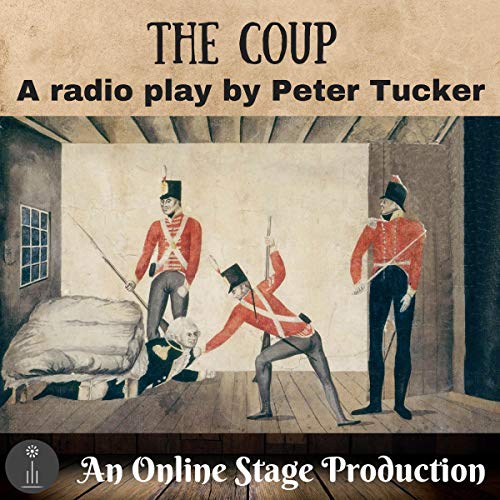 This play deals with an incident which occurred early in the history of the colony of New South Wales, Australia - the so-called "Rum Rebellion".

New South Wales struggled as a new British penal colony, facing drought, famine, social incoherence, and the development of an intransigent military cartel which did not lose any opportunity to exploit the circumstances. Together with an entrepreneurial landowner society led by John Macarthur, they made the task of the Governor, William Bligh (of The Bounty) very difficult. The resulting crescendo of conflict boiled over into Australia's only military coup, in which the full forces of the New South Wales Corps marched up and arrested Bligh, holding him under house arrest for a year before allowing him to set sail from Sydney Harbour.

The stage play has an indigenous narrator, the bemused and somewhat indignant Tedbury, whose contact with the invading community does not end well.

As far as possible, the play respects actual historical facts and attempts to illustrate a recurring pattern of conflicts and motivations of individuals in power recognizable even in the present day.

All music composed and arranged by Unread Pages.

Music for revolution scene and interval

What listeners say about The Coup