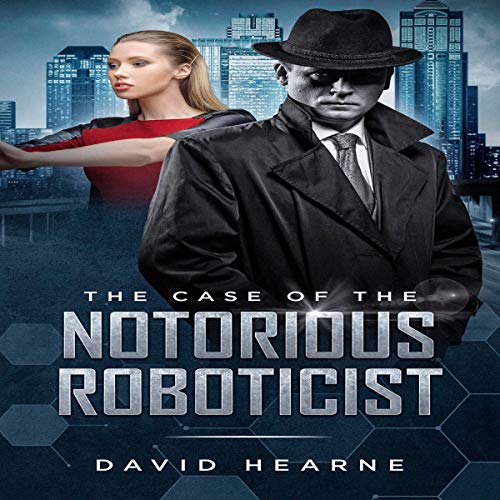 The Case of the Notorious Roboticist

Based on the international award-winning screenplay and set in a future where matriarchy has toppled patriarchy, Moroz is a flawed, old-fashioned gumshoe fighting for equality in a society where human-form androids have become the norm.

Notorious roboticist and artificial intelligence whiz Isadora is his greatest adversary yet his only hope to restore justice between the sexes. Yet her own plans are to keep men under her thumb.

When Isadora is charged with murder, Moroz must consider the cost of trying to solve the case: something that could cost him his family, any chance of true equality, and his very life. Additionally, footage of Isadora committing the crime makes the task seem a fool’s errand.

In a world where the lines between human and robot love are blurred, Moroz must also find a way to stop a pending contract that threatens to enable a new rise of the robots, one where their bias seeks to erode men’s rights further and put them on the road to extinction.

What listeners say about The Case of the Notorious Roboticist