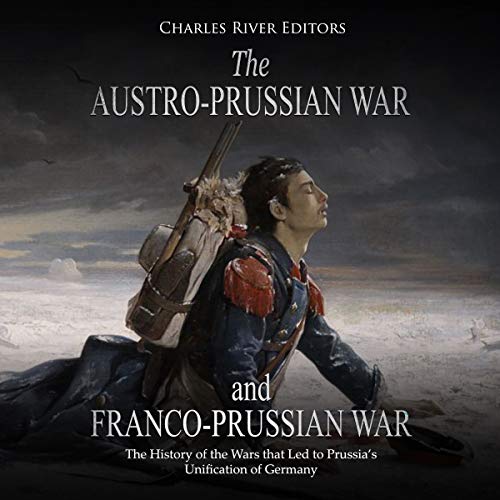 The Austro-Prussian War and Franco-Prussian War: The History of the Wars That Led to Prussia’s Unification of Germany

Locked in a balance of power since the 1815 Congress of Vienna, the world was dominated by the great European powers of Britain, France, Russia, and Austria, and at the Congress of Vienna itself, Prussia had been a minor concern. Though the Prussians had come through in time to assist the Duke of Wellington at Waterloo, they were nevertheless taken for granted at the conference, with the major powers instead preferring to deal with the more historically powerful Austrian Hapsburgs. In his scathing commentary on Prussian culture, When Blood is Their Argument, Ford Maddox Ford attempted to explain the sudden rise of Prussian political and economic status from 1849-1880, writing, “She [Prussia] had pushed herself from being a bad second in the comity of Germanism into a position of equality with, if not of predominance over, Austria, amongst the German peoples.”

Prussian leaders, especially Otto von Bismarck, the chancellor and advisor to Prussia’s king, believed Prussia could be a united and respected power, but only without the traditional Austrian dominance. At the time, the Austrian empire was a collection of ethnically diverse peoples and had been dominated by a socio-political conservatism that sought to keep the empire ruled in Hapsburg tradition.

After Prussia was victorious in the Austro-Prussian War, Bismarck played a waiting game where the unification of Germany was concerned, as the joining of the southern states - initially resistant to Prussian rule, friendly with Austria, and bent on independence - would have to be overcome. What was needed was “a clear case of French aggression” toward either Prussia or the southern states. Not only would such a move by Emperor Napoleon III trigger the terms of the treaty between the German states, but it would keep the remaining world powers out of the conflict.

The Franco-Prussian War started in August 1870, and a number of victories followed for the Prussians in battles in northeast France. By September, the strategic city of Metz was under siege, and forces fought a major battle at Sedan. Led by Field Marshal Helmuth von Moltke, the Prussians forced the French to surrender at Metz, and then at Sedan. Emperor Napoleon III, commanding his country’s forces at Sedan, was taken prisoner, humiliating France and its impetuous leader.

The Prussians immediately marched on Paris, but the capital refused to submit, and a separate siege was mounted that ended up lasting 130 days. Obviously, French society was in tumult, but a Third Republic and Government of National Defence was pronounced in place of the French Empire. An uprising subsequently took place in the stricken city, dubbed the "Paris Commune," which sought to establish a radical alternative to the status quo and was itself put down by French troops.

What listeners say about The Austro-Prussian War and Franco-Prussian War: The History of the Wars That Led to Prussia’s Unification of Germany

Good but a bit too short

Does a good job of covering all the key points but would have benefited from additional details and depth.

I had a basic understanding of both the wars but nowhere near the depth this goes into. A fantastic was to get into German history

Very focused and unpretentious history of the 19th century European conflicts that led directly to WWI and WWII.

One war leads to another

Concise & well presented overview of the diplomatic & military course of the two C19th wars which established Prussia's dominance over the German states & set the scene for German aggression in the C20th. These were major wars which get relatively little attention from the Anglo American perspective on European affairs. And their short duration must have contributed to the mistaken expectation that WWI would be settled equally quickly. Well read by Ken Teutsch.