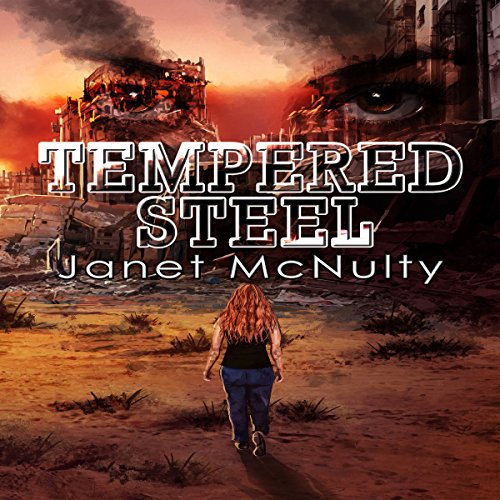 Exiled from Dystopia, Dana is forced to wander in the barren wasteland until she chances upon a small settlement. There, she meets a man named Sampson who introduces her to a new way of life; one that involves independent achievement. Learning the value of living independently, for the first time Dana is able to decide her own fate and manages to create a new life for herself.

Then, Kenny shows up, lost and confused like she was. Unable to leave him in the desert, Dana takes him in, but Kenny misses Dystopia and attempts to bring it there. Soon, trouble arises and everything Dana has worked hard to achieve is in peril.

Back home, riots plague Dystopia, resources are more limited, and the resistance is gaining strength fueled by Dana's courage. Furious at her escape and what she has started, President Klens orders Dana to be found at all costs and puts Colonel Fernau in charge. Obsessed with finding her himself, he will stop at nothing to get revenge.

What listeners say about Tempered Steel