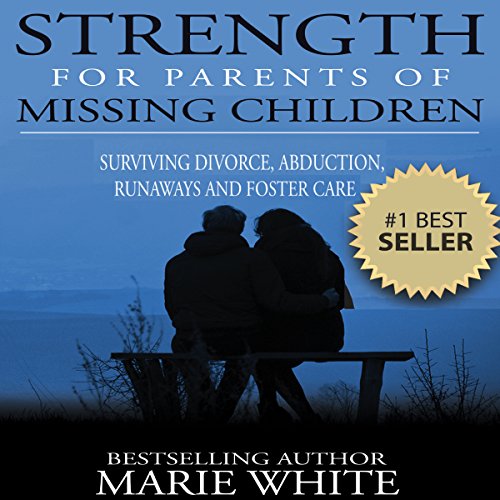 Strength for Parents of Missing Children

How do you continue living when your worst fear has been realized?

Bret and his sons were interrupted by banging on the door. Minutes later he was in handcuffs and the boys were pushed toward their estranged mother.

Called the silver bullet effect, their mother had called with false allegations to illegally gain possession of their sons and smuggle them out of the country.

It was weeks before the web of lies that put Bret in jail was untangled. Finally, a judge awarded Bret sole custody, but the police refused to enforce it. Months passed as he searched for his sons. Two hundred and fifteen days after their abduction, law enforcement issued a warrant for the boys' mother and listed the kids as missing children.

It would take the help of someone special before there would be a breakthrough in Bret's case. That special person was internationally renowned private investigator, Logan Clarke. Logan is the man who finds missing children.

More than two million families in the United States have experienced a missing child. Numerous alienated parents, estranged grandparents, foster parents, pre-adoptive parents, and relatives are currently facing the loss of children in their lives. Many people break down mentally, suffer from PTSD, become pathologically depressed, or turn to drugs and alcohol. Some even end their suffering through suicide.

There are books that deal with stress, or parental alienation, or grief and loss. This is the first book to address all these issues in a comprehensive survival guide for coping while your child is gone.

What listeners say about Strength for Parents of Missing Children

Not just for surviving these issues

Well written material that works for surviving the worst experiences -- not just those named. Important and valuable help.

A must for anyone experiencing any form of grief.

Marie hits exactly what I felt when my wife and I lost our baby girl. Although she wasn't missing, she was stillborn, we went through the motions experienced in this book. People should read this just to learn how to talk to someone going through loss. Many times we mean well but come off wrong in the delivery. Thank you Marie for giving the hope that sometimes we forget is there.

This book provides much-needed information and inspiration in what could be a major time of chaos and confusion in one's life. The book reminds you that during this time you are not alone which provides Comfort and Hope.