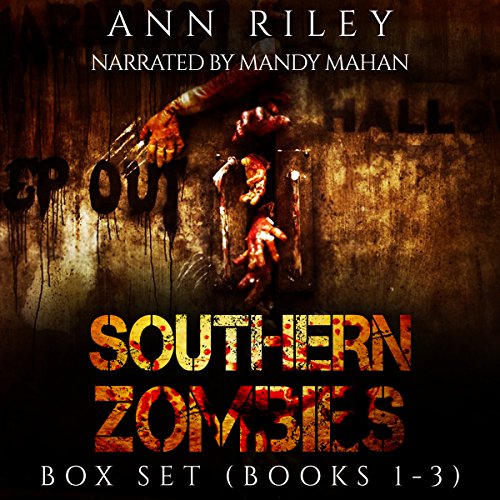 The world we live in now is one where you have to fight or die. There are no exceptions. Sometimes, fighting against the people who want to take what you have is harder than dealing with the walkers. The world may never be the same again. I'm thinking it won't. How could it be? We have lost 75% or more of the human population. Since there are no communications, that number doesn't even include the whole world. No one knows how it is in other countries. We have always said the government was incompetent, well, they finally proved it with the zombie outbreak.

People who were infected with the toxoplasmosis parasite displayed symptoms of the influenza virus. So almost everyone thought we had a flu epidemic going around. People getting the flu vaccine already had a weakened immune system, thus pushing them further into sickness with the live flu vaccine. This somehow sent the toxoplasmosis parasite into overdrive and caused it to wreak havoc.

You will really love Tracy's solutions to issues and her threats. Tracy really cares about her family and this is her motivation during the books.

I became connected to her during the first 19 chapters that during chapter 20 on the audiobook I continued to listen to the story. Problem was during a conversation with multiple characters "Becky says", "Tracy says" ect. The narator's voice also makes this more noticeable. The narator also talks rapidly and I had to check the speed I had audible set on.

When this set of three books were over I could not wait to go to #4.

If you could sum up Southern Zombies Three Book Box Set in three words, what would they be?

What other book might you compare Southern Zombies Three Book Box Set to and why?

That's hard to say.There aren't many books related to the zombie apocalypse and family. There also aren't many books that have mostly female characters in the lead. All of the characters are family members and have the usual family spats, sarcastic comments and humor but also come together when they are in dire situations. Overall, the story relates to how a family would interact and relate to each other in an unusual situation and how they take care of each other in those situations.

She could have used more inflection and not ended most sentences with a question.

I would read and listen to this series. It's a humorous twist on the zombie apocalypse.

Would you listen to Southern Zombies Three Book Box Set again? Why?

Yes ,because it was a good story.The Author did a wonderful job of bringing the characters and world to life.

That no matter the strife the family stuck together and overcome great obstacles.

What aspect of Mandy Mahan’s performance would you have changed?

I would not end every sentence with a question mark.We did not care for her flexion in how she read the story.There was little to no emotion, also in the second or third book there were spots where you could not hear or understand what she said.

I look forward to hearing more of this Author's stories.

Mandy Mahan is the worste narrator ever. It was almost painful. i didn't even finish the book.

Sounds like a voice modulator with odd inflections and strange southern accent for almost everything other than when a character is speaking. Extremely distracting and tough to listen to. Returned the book. I'd be upset if I was the author, because the story seems good.

I could finish the narration was so distracting that I could not even pay attention to the story!

what I did hear though was stereotypical rednecks and cliches.
I started to think maybe this is a satire and was meant to be comedic. ... but even that did not work.

This is the worst narrator I've ever had the misfortune of listening to. She reads like she's in the 2nd grade.

This Narrator Is Hilarious & Very Awesome She Does a Great Job Makes The Book Very Exciting!! I Want To Definitely Hear More Audiobooks Read By Her. Narrator Mandy Mahan Is a Really Awesome Talented Narrator Kept Me On The Edge Of My Seat!!!!