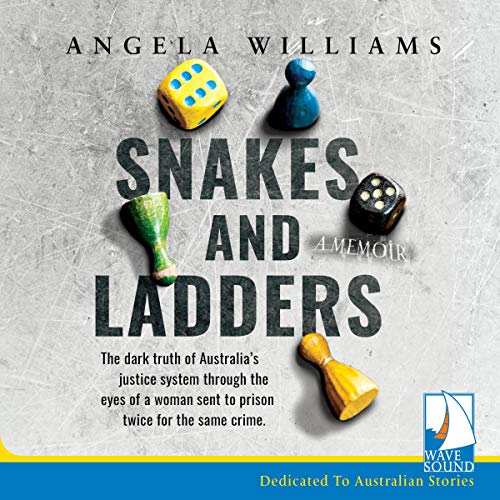 It was no surprise that Angela Williams went to jail. A traumatic, violent upbringing saw to that. But after serving a short sentence for theft as a teenager, she worked hard to break the cycle.

Thirteen years later Angela was studying, teaching, providing a stable home for her son, and finally feeling like she'd got her life together. Then she got hit by a postie bike. Police realised that Angela still had 10 months to go on the prison sentence she'd thought was in her distant past. However, Angela was a different prisoner the second time around: no longer a scared, damaged 19-year-old, she knew how to speak up for herself and her fellow prisoners against a system of power, privilege and cruelty that controls the lives of Australia's most vulnerable women and offers little hope for redemption.

With unwavering courage, intelligence and humour, Snakes and Ladders reveals an astonishing true story of falling through the cracks, and what it takes to climb back out again.

Crikey - what a life!

I absolutely loved this book. Not only was it compelling, but I enjoyed how the author discusses power in different situations.

The author has lived more than one life. The idea of having to go to gaol after life had changed so significantly blows my mind.

Loved it! Powerful, intellectual and thoughtful. Explores power and the cycle of trauma in and out of the prison system, as well as so many other elements of justice and addiction.

Had me hooked from the intro!

A powerful story of one woman's slip up with the law that forced her into the legal system after she had already mended her ways. Well written, with vivid descriptions and true Aussie dialogue, read by a great narrator. highly recommend.