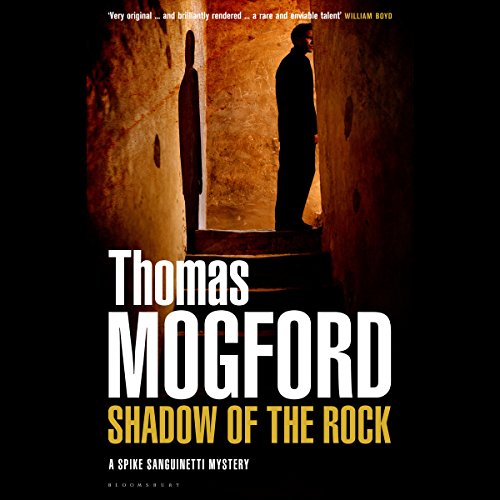 Shadow of the Rock

On a humid summer night in Gibraltar, lawyer Spike Sanguinetti finds Solomon Hassan, an old school friend, waiting on his doorstep. Accused of murdering a Spanish girl in Tangiers, Solomon swears his innocence. He has managed to skip across the Straits, but the Moroccan authorities demand his return. Spike travels to Tangiers in the hope of delaying the extradition. Solomon's boss Nadeer - the founder of a renewable-energy company called Dunetech that is on the verge of financing an enormous solar-powered site in the Sahara - suggests that if Spike can delay Solomon's trial until after the deal is signed, he will persuade the governor of Tangiers to bury the extradition demand. Complicating this offer, Spike encounters a Bedouin girl who insists that Dunetech is engaged in a nefarious scheme linked to the disappearance of her father. As Spike uncovers the truth, he finds himself drawn deeper and deeper into a world of secrets, corruption, and murderous lies.

What listeners say about Shadow of the Rock