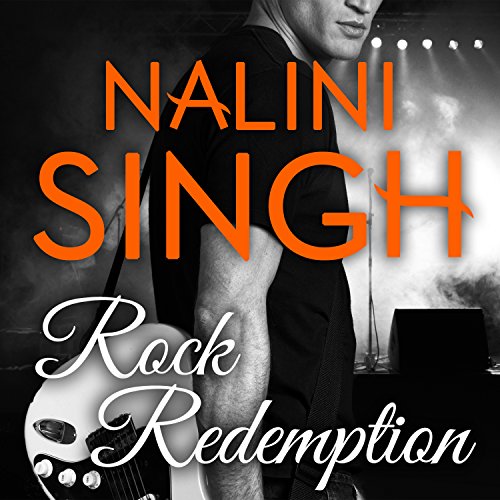 Kit Devigny could have loved rock guitarist Noah St. John. Their friendship burned with the promise of intense passion and searing tenderness until the night Noah deliberately shattered her heart. Noah knows that he destroyed something precious the night he chose to betray Kit, but he'd rather she hate him than learn his darkest secret. All he has left is his music. It's his saving grace, but it doesn't silence the voices that keep him up at night.

When a media error sees Noah and Kit dubbed the new "it" couple, Kit discovers that her chance at the role of a lifetime hinges on riding the media wave. Wanting - needing - to give Kit this, Noah agrees to play the adoring boyfriend. Only the illusion is suddenly too real, too painful, too beautiful...and it may be too late for the redemption of Noah St. John.

Heartbreak with a heap of happy

Kat and Noah go through the ringer so many rounds I don't know how their little hearts buttered, bruised and barely beating survive this, but abuse on children takes a toll on the victim/survivor and the friendships or relationships they have in the long run. The support thar Kat gives unconditionally to Noah all through while skinning her heart because its all he can offer her through the book, is so starkly real and relatable, it breaks your heart. Nalini Singh has done this tale justice.
confidence, bravery and trust is so hard to come by and earn for these two that when Noah throws his fight into the ring and goes for Kat yoy feel the hope swell in you.
There are not enough stars to give this, ps, the stalker was a hell of a stealthy thing I never knew people could do, no one sees the climatic end to it until were as shocked as Kat.
bravo for writing something so gripping.

OH HOW I LOVED THIS HAUNTING LOVE STORY

Noah, Noah, Noah my heart bled for you and my eyes wept for you. In this heartbreaking story we finally find out what the tragic and terrible demons are that's haunting Noah and driving him to be such a self-loathing man-whore. And, because of those demons, he purposely shattered and destroyed the close bond and friendship he had with Kit - the only woman he ever truly cared for. Now, a few years later, he has finally hit rock bottom, and the self destruct button, but before he takes that poisonous road he drunkenly reaches out to Kit...... maybe to hear her voice again, maybe for forgiveness, maybe it's his cry for help.... or just maybe subconsciously it's his soul reaching for it's mate.

Kit, who's now a successful actress, had been heartbroken, devastated and shocked by Noah and what he'd done to her and she's never gotten over him or moved on... instead she's living in a world of emotional self denial when it comes to Noah. But when she casually answers her phone at 2.30 one night everything changes because on the other end is a broken man crying out to be saved and she knows she doesn't want a world without Noah in it no matter what he has done. And that starts them both on the very emotional roller-coaster ride to forgiveness, trust, understanding, redemption, passion..... and love.

This was such a pain-filled yet beautiful listen where I cried for both Kit and Noah as their war torn relationship was strewn with hurtful memories amongst the wreckage of their past. But it was slowly pieced back together again with tears, tenderness, understanding, hope and mental peace as the past was finally faced and forgiven and Noah's childhood secrets were revealed. There is also drama because Kit has a Stalker who is becoming more and more unstable and, despite her Bodyguards, the Stalker manages to come face to face with Kit and the outcome could be deadly. All the other well loved secondary characters from the previous books are present and step in and out of scenes.

An emotionally draining but truly wonderful bitter-sweet love story of a Rocker's self disgust and self destruction but, through a lot of character growth.... and an enduring love, he is redeemed, saved and finds his HEA. I love Nalini Singh's books, I'm in awe of her writing skills, I hungered for every word and she's one of my auto download Authors but what really brought this to life was Justine O. Keef's perfect narration. Woman you nailed it and you added the magic that transformed a great book into a wonderful listen - thank you.

Worth a credit? I savoured and devoured every Chapter virtually in one sitting.... so that's a YES from me.

LOVED IT!!! Very emotional and heart pulling!! Romance, drama, deep love and a emotionally broken rocker - what's not to love ? Well worth the credit!!! Can't wait for the next one and Justin O Keef done an EXCEPTIONAL JOB!!

I love the story but sometimes really don’t love the reader. Really good story, love wins in the end.

nalani singh never let's you down. wonderful story of Noah and Kit. recommend to everyone

This was a intense story for Kit and Noah and definitely did the characters justice. The writing was great and the narrator did an amazing job for both the male and female voices. Definitely a great book in a very interesting series

If you’re reading the series, this book is inevitable and necessary. Not as sexy as the the first two, it builds slowly but it’s worth it. Kit and Noah’s love is meant to be and predictable but still worth the listen.

Breathless that’s how this book had left me, this two had me pulling my hair out, crying as a Magdalenas and falling in love! Fantasy that never wanted to finish 😍😍

Loved this book. Noah and Kit's story is devastating and emotionally charged. Both characters are spectacularly written. I highly recommend this book. Justine O. Keef brings the emotion of this book to life.

Such a great series

I am in love with paranormal romance and kept passing these books when looking for a new series but I love the author and decided to give them a try halfway through the first book I almost gave up because it’s not really my kind of thing and I’m so glad that I stuck with them!
I laughed I cried and I cheered for the couples ❤️

Oh, how we torture ourselves

Noah has a secret that makes him hurt himself and others; and he made sure to hurt Kit when she started getting too attached. So why is he calling her in the middle of the night? It seems he still feels the connection. And his secret is eating him up from the inside. But Kit is part of his extended SC family and he protects his family. So when Kit’s favor to Noah turns into a make it or break it career opportunity, he commits himself to being there for her; and he can help protect her from her stalker.
You can pretty much guess what Noah’s secret is by the time it’s revealed in this story; but it isn’t until Noah interacts with his family that you understand why he hasn’t healed more; why he’s still so twisted up about it. And it takes the uniqueness of their situation - and Kit herself - to keep him taking the steps that protect her and move him forward.
Singh does a great job with this book and series. I’ve bought most of her books and added her to my shortlist of authors I buy whenever they have a new book. I’ve been following her Psy and Guild Hunter series for several years now.
Keef does a very good job with narration.

my favourite author of all times

nalini Singh always builds this vivid world of characters so real it's hard to realise they don't exist. great story

My favourite of a brilliant series

Noah & Kit's story is heartbreaking, inspiring and worth waiting for. The bad boy has a heart and a beautiful damaged soul but Kit is the only women who can heal him! Outstanding and powerful writing.

I can't say I was looking forward to this book, in fact I left it a couple of days before starting it. Boy was I wrong, this story was fabulous and to finally find out about Noah's issues as he told Kit and she came out of his corner fighting for him it brought tears to my eyes. Why did I not believe in Nalini Singh you would think I would know better.