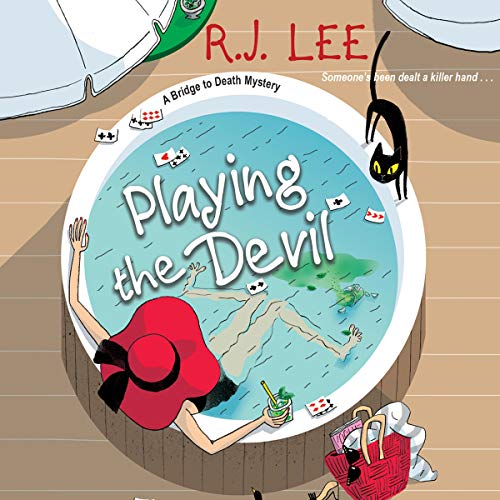 Now an investigative reporter for the Rosalie Citizen in the Mississippi River port of Rosalie, Wendy still likes to unwind over a game of cards. Following the demise of the Rosalie Bridge Club, she's started her own group at the Rosalie Country Club.

During the first meeting of the Country Club Bridge Players, the dummy has barely been laid down when another dummy gets in a scuffle at the bar across the room. Bridge-player Carly Ogle's husband Brent is at it again.

After the club's new female golf pro breaks up the fight, Brent storms off to soak in a hot tub. But Carly soon finds the bullying Brent dead in the water, clubbed over the head with the pestle the barkeep uses to crush leaves for mint juleps.

Racist, sexist, homophobic, and an all-around lout, Brent made enough enemies to fill a bridge tournament. So Wendy has to play her cards right to get the story - and stay out of hot water long enough to put the squeeze on the killer.

What listeners say about Playing the Devil