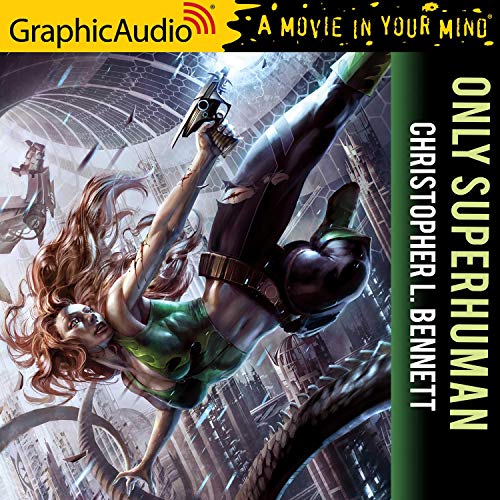 AD 2107: A generation ago, Earth and the cislunar colonies banned genetic and cybernetic modifications. But out in the Asteroid Belt, anything goes. Dozens of flourishing space habitats are spawning exotic new societies and strange new varieties of humans. It’s a volatile situation that threatens the peace and stability of the entire solar system.

Emerald Blair is a Troubleshooter. Inspired by the classic superhero comics of the 20th century, she’s joined with other mods to try to police the unruly Asteroid Belt. But her loyalties are tested when she finds herself torn between rival factions of superhumans with very different agendas. Emerald wants to put her special abilities to good use, but what do you do when you can’t tell the heroes from the villains?

What listeners say about Only Superhuman