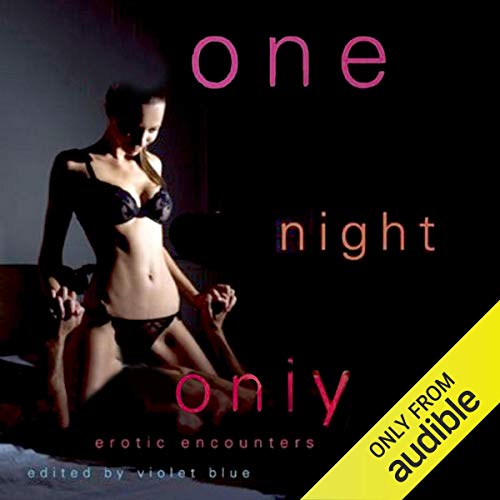 Have you ever had one chance - or one night - to have hot, reckless sex? One Night Only is a compendium of the most refined zipless f*ckfantasies imaginable. Chance encounters, secret oral sex, frenzied public sex.... The expertly crafted characters in these riveting stories gotta have it, and they need it now.

In "Subway Subterfuge", by May Deva, a young woman is attracted to a hot guy on the subway; next time she spots him, they move to the back of the crowded car where we find out she's the one driving the anonymous public frisson.

"MaidService", by Jan Darby, centers on a downwardly mobile young lady who's currently working as a maid when a guest, an attractive man, catches her in the room, they flirt over the chocolate rose on the pillow, and he coaxes her into some slightly kinky sex, which she very much wants.

Austin Stevens' "Belle de Soir" follows a young woman who goes to work as a high-class hooker for just two days with the plan of heading for Europe on the money she'll make, not expecting to get more than the needs of her pocketbook met.

What listeners say about One Night Only

A Delicious Anthology of One Nighters