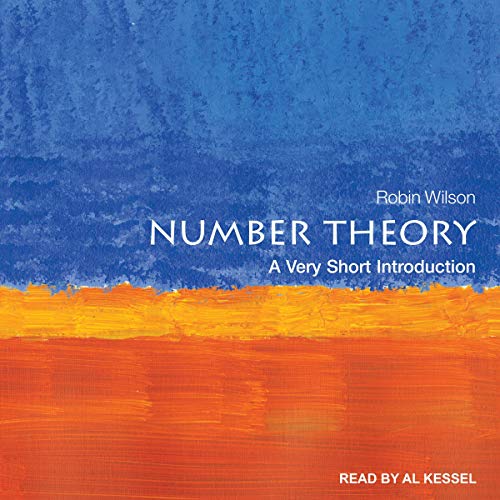 Number theory is the branch of mathematics that is primarily concerned with the counting numbers. Of particular importance are the prime numbers, the "building blocks" of our number system. The subject is an old one, dating back over two millennia to the ancient Greeks, and for many years has been studied for its intrinsic beauty and elegance, not least because several of its challenges are so easy to state that everyone can understand them, and yet no one has ever been able to resolve them.

But number theory has also recently become of great practical importance - in the area of cryptography, where the security of your credit card, and indeed of the nation's defense, depends on a result concerning prime numbers that dates back to the 18th century. Recent years have witnessed other spectacular developments, such as Andrew Wiles's proof of "Fermat's last theorem" (unproved for over 250 years) and some exciting work on prime numbers. In this Very Short Introduction, Robin Wilson introduces the main areas of classical number theory, both ancient and modern. Drawing on the work of many of the greatest mathematicians of the past, such as Euclid, Fermat, Euler, and Gauss, he situates some of the most interesting and creative problems in the area in their historical context.

What listeners say about Number Theory: A Very Short Introduction

Very interesting book, but the way it is read is rather distracting - it sounds like an automated voice. The main issue is the lack of natural pauses between different topics, to give you a chance to consider what you’ve just heard. Bigger issue is not being able to see the figures referred to which makes it difficult to follow. It would be great if some sort of figures file could be attached.