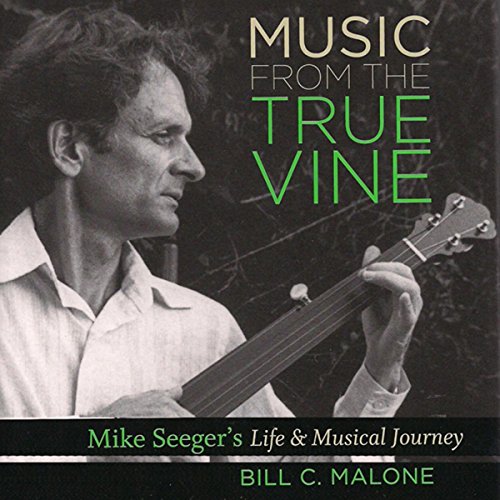 Music from The True Vine

A musician, documentarian, scholar, and one of the founding members of the influential folk revival group New Lost City Ramblers, Mike Seeger (1933-2009) spent more than fifty years collecting, performing, and commemorating the culture and folk music of white and black southerners, which he called "music from the true vine." In this fascinating biography, Bill Malone explores the life and musical contributions of folk artist Seeger, son of musicologists Charles and Ruth Crawford Seeger and brother of folksingers Pete and Peggy Seeger.

Malone argues that Seeger, while not as well known as his brother, may be more important to the history of American music through his work in identifying and giving voice to the people from whom the folk revival borrowed its songs. Seeger recorded and produced over forty albums, including the work of artists such as Libba Cotton, Tommy Jarrell, Dock Boggs, and Maybelle Carter. In 1958, with an ambition to recreate the southern string bands of the twenties, he formed the New Lost City Ramblers, helping to inspire the urban folk revival of the sixties. Music from the True Vine presents Seeger as a gatekeeper of American roots music and culture, showing why generations of musicians and fans of traditional music regard him as a mentor and an inspiration.

What listeners say about Music from The True Vine

An Audiobook for Folkies and Other Music Lovers

There’s not ONE American folk or country music fan, there’s not one American rock or pop critic, who hasn’t paid homage to this man or fallen in love with his many songs and musicial discoveries.

Finally, we have a biography that has all the humor, warmth, and campfire-style storytelling that captures everything Mike Seeger has brought to the table of American culture.

I thought if I heard narrator say Andy Kay-han or tommy jah-rel or appa-LAY-shun one more time my head would explode!