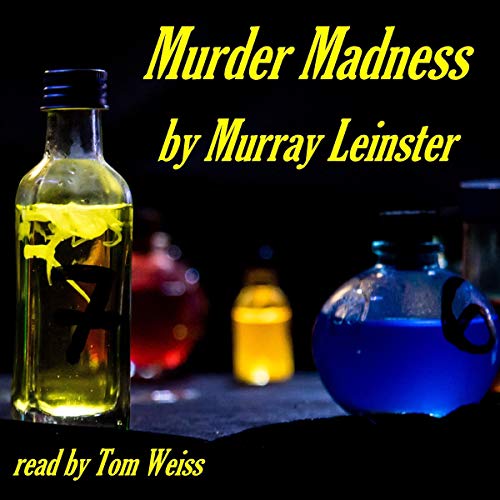 Part science fiction, part mystery, and mostly thriller, Murder Madness is one of Murray Leinster's more than 60 novels. In fact, it was his first novel. Originally serialized in four parts in Astounding Science Fiction magazine in 1930, the entire novel is presented here in audiobook format.

The novel's protagonist, a tyrant called The Master, attempts to control civilization by using a madness-inducing drug, hence the title "Murder Madness". Our champion, Charly Bell, is a member of a super-secret group named the Trade which does not officially exist. He is covertly sent on a mission to discover why seven United States Secret Service men have disappeared in South America. Another is found - a screaming homicidal maniac. It is rumored that they are victims of a diabolical poison which produces the "murder madness." The victims get relief only with an antidote that is laced with more of the toxin so the victim is never truly free from control.

Murray Leinster was a pseudonym of William Fitzgerald Jenkins, an American writer of science fiction and alternate history literature. He wrote and published more than 1,500 short stories and articles, 14 movie scripts, and hundreds of radio scripts and television plays under various pen names. Leinster's 1946 short story "A Logic Named Joe" contains one of the first descriptions of a computer (called a "logic") in fiction. In that story, Leinster was decades ahead of his time in imagining the internet. He envisioned logics in every home, linked through a distributed system of servers (called "tanks"), to provide communications, entertainment, data access, and commerce; one character says that logics are civilization.

What listeners say about Murder Madness