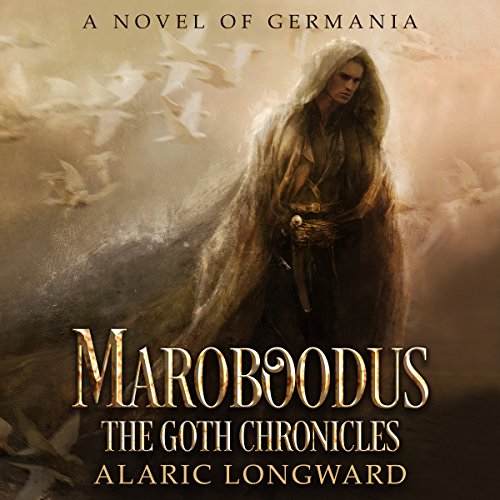 Maroboodus: A Novel of Germania

Maroboodus: A Novel of Germania

During the era of Augustus, there is a wild, untamed land far in the north, where no Roman sandal has yet trodden, and there Maroboodus, the son and adeling of a Goth lord Hulderic, simmers with rage over the many injustices their family has to endure.

Maroboodus is not alone in his malcontent. Competition for survival and glory is a brutal, daily struggle. Life is harsh indeed for the tribes of the north and while god Woden's people, the troubled Goth nations have spread south and east from the islands of Gothonia, surging over the sea Rome calls Mare Gothonia to find new homes, the family of Maroboodus has taken dangerous lands in the east, pushing the old tribes of the Svea from the coasts. There, death by spear and hunger is part of daily life. The tribes of Maroboodus, led by the mighty Friednot and Hughnot of the Goths, live by the Long-Lake, enduring Saxon raids and Svea hostility. Only family ties and wise alliances can help them, because even the Thiuda of the noblest of the ancient Goth families, their old relative the Boat-Lord, resent and fear those who would build something on their own.

Alliances get strained when high lords die, and old grudges will risk everything when the tribes should remain strong and united. In such a time, the troubled Maroboodus finds his patience and endurance sorely tested by another injustice after a victorious battle, and seeks to change the fortunes of their family, even against the wishes of his father, Hulderic. He does so by allying with their nemesis, hoping to grasp a high-born woman as his own and to bring glory to his name and family.

Will the boldness of Maroboodus change the fate of the squabbling, threatened Goths, or plunge them, and Maroboodus, whose blood is plagued by an ancient curse of Lok, into the arms of their enemies?

What listeners say about Maroboodus: A Novel of Germania

Game of thrones here we come

Alaric does it again

Once again Mr. Longward comes through with an epic story based on actual history. He takes us into the dark, vicious world of the Goth from two millennia ago. His vast research shows as he brings the sights, sounds, smells, and feelings to the reader. He also entertains you with wit and intelligence. Looking forward to the next book.

perfect for a wintery season.

intricate and full of twists and turns. The woven lines show a story with many threads just as in real life each character shows the potential for their own story or mini poem.

This book is good and fun to listen to. Go buy it. Plez. I love this book