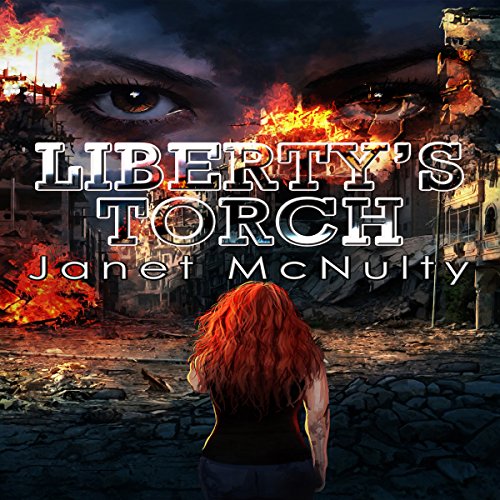 Six months have passed since Dana and Kenny parted. Forced to live as a wanderer, Dana discovers a crashed drone and learns of the chaos within Dystopia and what President Klens has planned for the resistance. Realizing that she must go back, Dana acquires the help of a 70-year-old man and an old friend. Upon her return, she finds that rebellion is in the air as the government continues to eliminate dissenters.

Forced to disguise herself, Dana searches for the resistance to tell them of President Klens' plans. After a few run-ins with the officers and narrow escapes from Colonel Fernau - his obsession with her growing each day - she learns that the people of Dystopia yearn to be free from their oppression. What they need is a leader. Knowing that everyone she cares for will never be safe so long as the government reigns supreme, Dana must decide how far she is willing to go achieve freedom.

What listeners say about Liberty's Torch