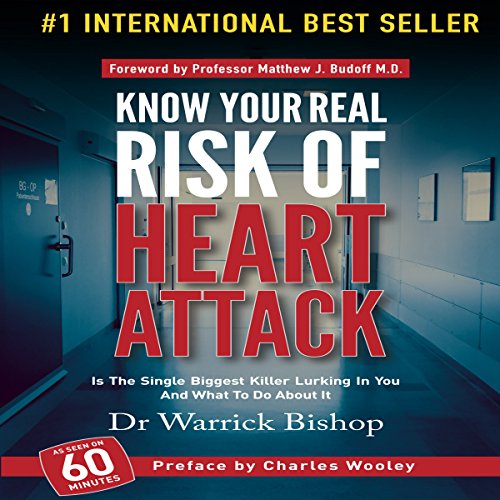 A number of years ago, something incredible, an amazing coincidence, happened that started Doctor Warrick Bishop on the mission to prevent heart attacks rather than try to cure them. He was driving to work one day when he stopped at a commotion by the side of the road. A fun runner had collapsed with a heart attack during a fun run. He helped in his resuscitation only to find out he had seen the very same man two years earlier and reassured him he was fine.

Warrick had missed the chance to make a difference and it nearly cost a life! Based on risk calculation and the best practice of the time, he shouldn't have been at high risk...but he was!

This started him on a journey, which meant he was open to looking more closely at new and emerging technology to help in being more precise about the risk of heart attack.

What if we could plan not to have a heart attack?

Heart attack is a layman’s term referring to a narrowing or blockage of the coronary arteries that can kill or require some form of medical intervention such as medication, time in a hospital, balloons or stents, or coronary-artery-bypass grafting.

As a cardiologist, I have not yet met a patient who expected to have a problem; patients do not put into their diaries, “Possible problem with my heart next week”. Yet, what if we could be forewarned about, or prepared for, a potential problem with our coronary arteries?

What listeners say about Know Your Real Risk of Heart Attack